Hadrian's Wall (Latin: perhaps Vallum Aelium, "the Aelian wall") is a stone and turf fortification built by the Roman Empire across the width of what is now northern England. Begun in AD 122, during the rule of emperor Hadrian, it was the middle of three such fortifications built across Great Britain, the first being from the River Clyde to the River Forth under Agricola and the last the Antonine Wall. All were built to prevent military raids on Roman Britain by the Pictish tribes (ancient inhabitants of Scotland) to the north, to improve economic stability and provide peaceful conditions in Britain, and to mark physically the frontier of the Empire. Hadrian's Wall is the best known of the three because its physical presence remains most evident today.

The wall marked the northern limes in Britain and also the most heavily fortified border in the Empire. In addition to its use as a military fortification, it is thought that the gates through the wall would also have served as customs posts to allow trade taxation.

A significant portion of the wall still exists, particularly the mid-section, and for much of its length the wall can be followed on foot. It is the most popular tourist attraction in Northern England, where it is often known simply as the Roman Wall. It was made a UNESCO World Heritage Site in 1987. English Heritage, a government organization in charge of managing the historic environment of England, describes it as "the most important monument built by the Romans in Britain". 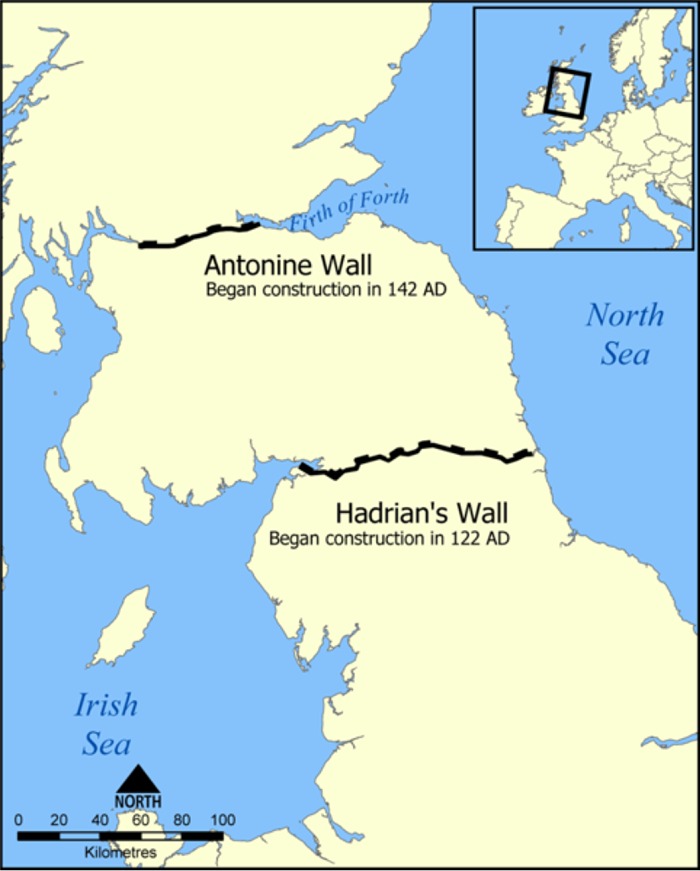