The Bakerloo line is a London Underground line that runs between Harrow & Wealdstone in suburban north-west London and Elephant & Castle in south London, via the West End. Coloured brown on the Tube map, it serves 25 stations, 15 of which are below ground, over 14.4 miles (23.2 km). It runs partly on the surface and partly in deep-level tube tunnels.

The line was so named because it goes via Baker Street and Waterloo. From Queen's Park to Harrow and Wealdstone (the section above ground), the line shares tracks with the London Overground Watford DC Line and runs parallel to the West Coast Main Line. There is, however, a short tunnel at the western end of Kensal Green.

Opened between 1906 and 1915, many of its stations retain elements of their design to a common standard: the stations below ground using Art Nouveau decorative tiling by Leslie Green, and the above-ground stations built in red brick with stone detailing in an Arts & Crafts style. It is the ninth-busiest line on the network, carrying over 111 million passengers annually. 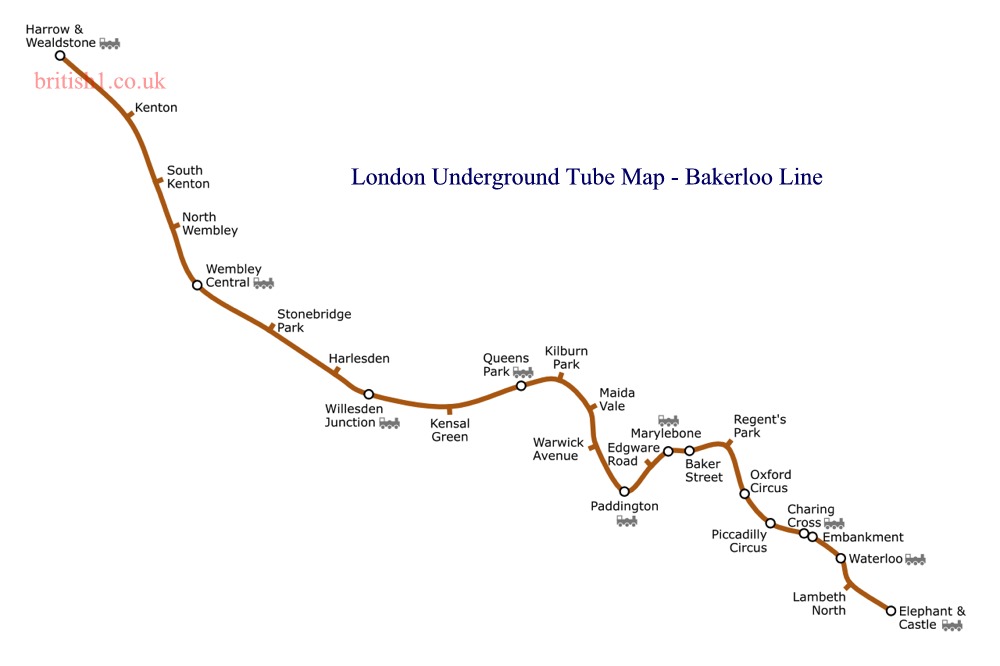