The Jubilee line is a line on the London Underground ("the Tube"), in the United Kingdom. It was built in two major sections - initially to Charing Cross in Central London, and later extended in 1999 to Stratford in East London. The later stations are notable for their larger size and safety features (both being attempts to future-proof the line). Out of 27 stations served, 13 are below ground. Each platform is 130 metres long.

The Jubilee line is coloured silver/grey on the Tube map. 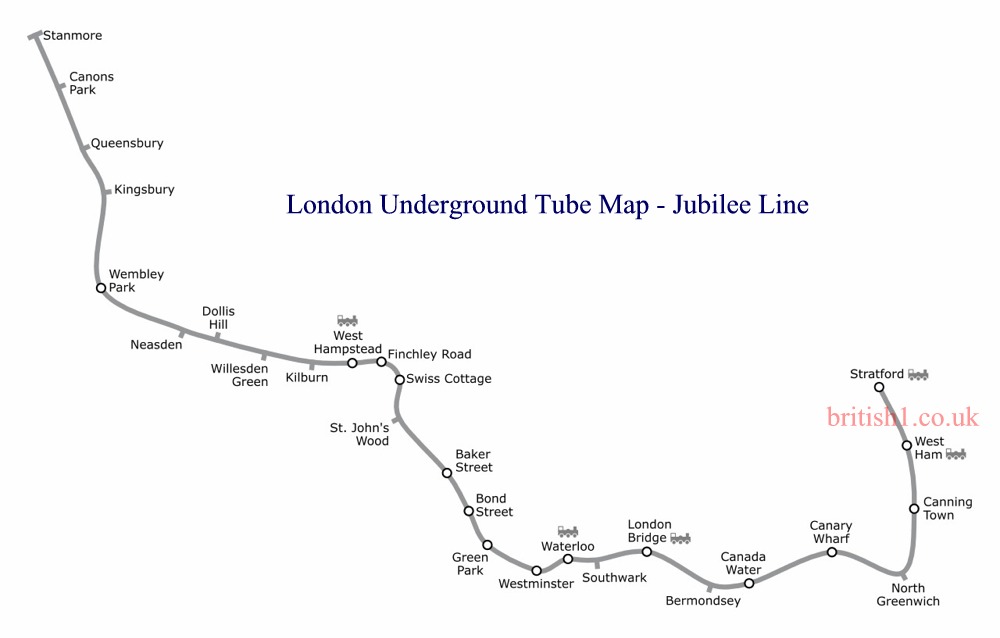