The Northern line is a London Underground line that runs from south-west to north north-west London, with two branches through central London and three in north London. It runs northwards from its southern terminus at Morden in the borough of Merton to Kennington in Southwark, where it divides into two central branches, one via Charing Cross in the West End and the other via Bank in the City. These re-join at Camden Town where the line again divides into branches, one to High Barnet and the other to Edgware. On the High Barnet branch there is a single-station spur (sub-branch) at Finchley Central with a shuttle train to Mill Hill East. All three northern termini are in the London Borough of Barnet.

For most of its length it is a deep tube line. The portion between Stockwell and Borough opened in 1890 and is the oldest section of deep-level tube line on the Underground network. About 294 million passenger journeys were recorded in 2016/17 on the Northern line, making it the busiest on the Underground. It is unique in having two different routes through central London and two northern branches. Despite its name, it does not serve the northernmost stations on the network, though it does serve the southernmost station, Morden, as well as 16 of the system's 29 stations south of the River Thames. There are 50 stations in total on the line, of which 36 have platforms below ground.

The line has a complicated history. The current arrangement of two main northern branches, two central branches and the southern unification reflects its genesis as three separate railways, combined in the 1920s and 1930s. An extension in the 1920s used a route originally planned by a fourth company. Abandoned plans from the 1920s to extend the line further southwards, and then northwards in the 1930s, would have incorporated parts of the routes of two further companies. From the 1930s to the 1970s, the tracks of a seventh company were also managed as a branch of the Northern line. An extension of the Charing Cross branch from Kennington to Battersea is currently under construction, which may either give the Northern line a second southern branch or may see it split into separate distinct lines with their own identities. It is coloured black on the current Tube map. 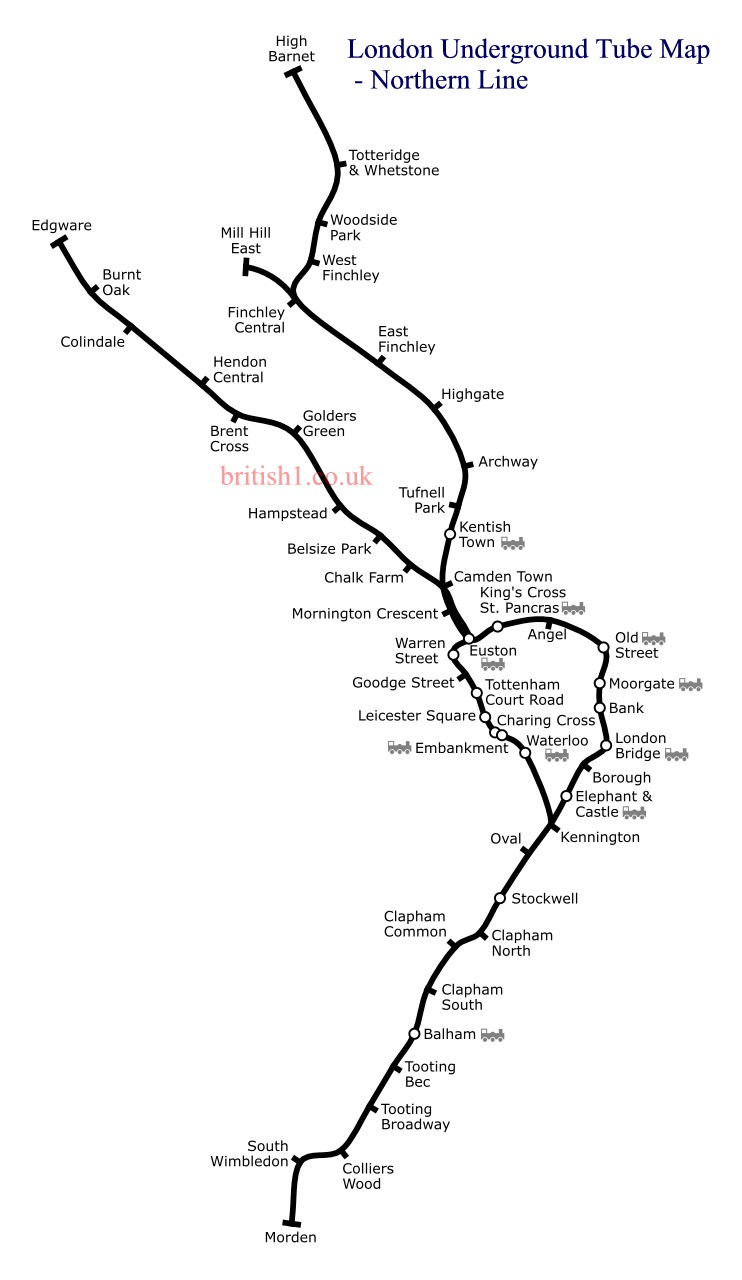