Travelcard Zone 1 is the central zone of Transport for London's zonal system used for calculating co-ordinated inter-modal Travelcard fares within London. London is split into six (approximately concentric) zones for the purpose of determining the cost of London transport fares on the London Underground and Docklands Light Railway, but not journeys undertaken entirely by bus or tram, for which a city-wide flat fare applies.

The boundary of Zone 1 roughly corresponds to the route of the Underground's Circle Line and thus stations within the zone cover the West End, the Holborn district, Kensington, Paddington and the City of London. Old Street, Angel, Pimlico, Tower Gateway, Aldgate East and Euston, Vauxhall, Elephant & Castle, Borough, London Bridge, Earl's Court, Marylebone, Edgware Road, Lambeth North and Waterloo are in Zone 1 but not in or on the Circle Line. As of December 2007, when the East London Line was closed for major reconstruction, every Tube line passes through or terminates in Zone 1.

The zone includes all of London's principal railway termini. 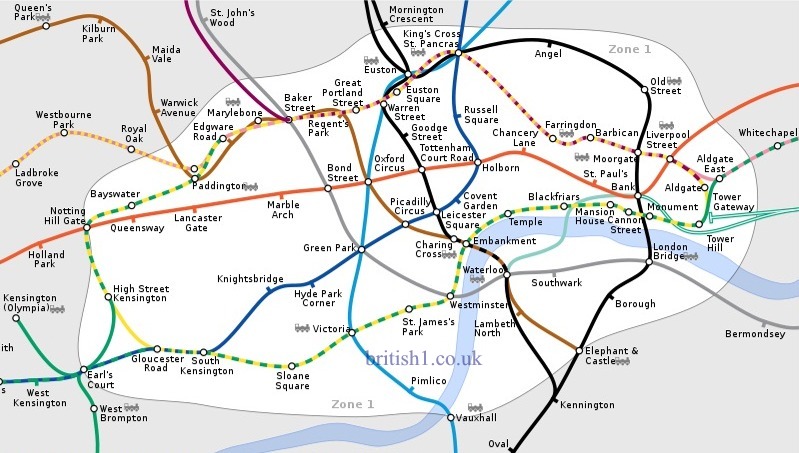