Welcome to our Cumbria map page. The map of Cumbria England that is located below is provided by Google Maps. You can "grab" the electronic map and move it around to re-center the map. You can change between standard map view and satellite map view by clicking the small square on the bottom left-hand corner of the map. Satellite map view utilises orbiting satellite and / or aerial high-resolution photography to display images of the map location to street level detail (really quite amazing). Standard map view shows a traditional street map (also known as a road map). You can use the zoom buttons on the bottom right-hand side of the map to zoom in or out to street level detail. We have digital online maps for most towns and cities on the Maps of England page. We also have a good collection of old school printable maps on the Maps of England page.

A map of Cumbria, England

I hope you like the Cumbria County, England street map / road map situated above.

Cumbria is a ceremonial and non-metropolitan county in North West England. The county and Cumbria County Council, its local government, came into existence in 1974 after the passage of the Local Government Act 1972. Cumbria's county town is Carlisle, in the north of the county. The only other major urban area is Barrow-in-Furness on the south-western tip of the county.

The county of Cumbria consists of six districts (Allerdale, Barrow-in-Furness, Carlisle, Copeland, Eden and South Lakeland) and, in 2019, had a population of just over 500,000 people. Cumbria is one of the most sparsely populated counties in England, with 73.4 people per km2 (190/sq mi).

Cumbria is predominantly rural and contains the Lake District National Park, a UNESCO World Heritage Site considered one of England's finest areas of natural beauty, serving as inspiration for artists, writers, and musicians. A large area of the south-east of the county is within the Yorkshire Dales National Park, while the east of the county fringes the North Pennines AONB. Much of Cumbria is mountainous and it contains every peak in England over 3,000 feet (910 m) above sea level, with the top of Scafell Pike at 3,209 feet (978 m) being the highest point in England. An upland, coastal and rural area, Cumbria's history is characterised by invasions, migration and settlement, as well as battles and skirmishes between the English and the Scots. Notable historic sites in Cumbria include Carlisle Castle, Furness Abbey, Hardknott Roman Fort, Brough Castle and Hadrian's Wall (also a World Heritage Site). 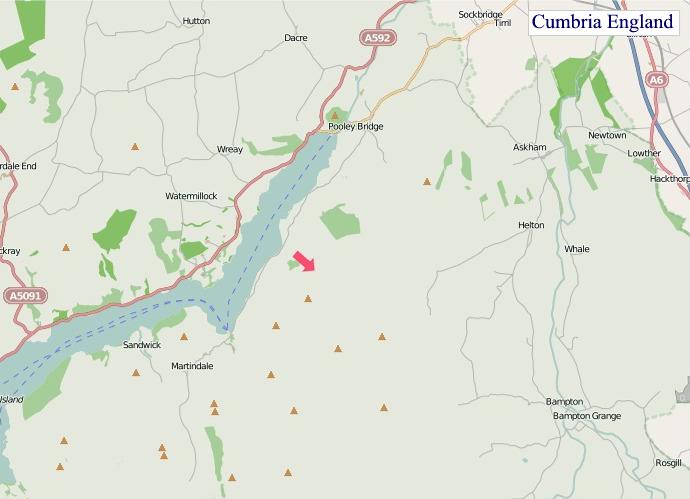 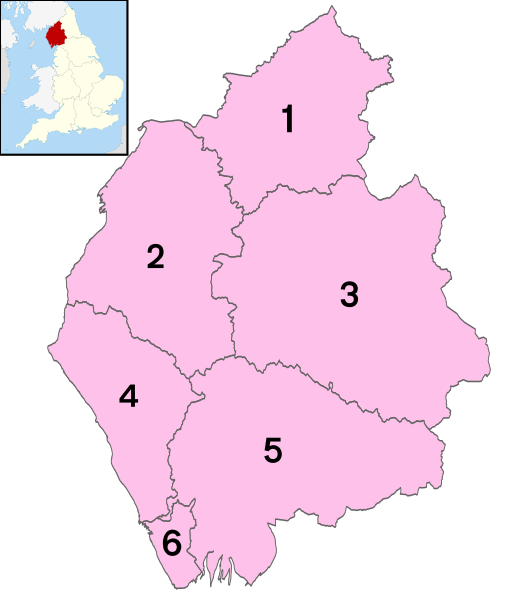