Welcome to our Humberside map page. The map of Humberside England that is located below is provided by Google Maps. You can "grab" the electronic map and move it around to re-center the map. You can change between standard map view and satellite map view by clicking the small square on the bottom left-hand corner of the map. Satellite map view utilises orbiting satellite and / or aerial high-resolution photography to display images of the map location to street level detail (really quite amazing). Standard map view shows a traditional street map (also known as a road map). You can use the zoom buttons on the bottom right-hand side of the map to zoom in or out to street level detail. We have digital online maps for most towns and cities on the Maps of England page. We also have a good collection of old school printable maps on the Maps of England page.

A map of Humberside, England

I hope you like the Humberside County, England street map / road map situated above.

Humberside was a non-metropolitan and ceremonial county in Northern England from 1 April 1974 until 1 April 1996. It was composed of land from either side of the Humber Estuary, created from portions of the East Riding of Yorkshire, West Riding of Yorkshire, and the northern part of Lindsey, Lincolnshire. The county council's headquarters was County Hall at Beverley, inherited from East Riding County Council. Its largest settlement and only city was Kingston upon Hull. The county stretched from Wold Newton in its northern tip to a different Wold Newton at its most southern point.

Humberside was abolished on 1 April 1996, with four unitary authorities being formed: North Lincolnshire, North East Lincolnshire, Kingston upon Hull and East Riding of Yorkshire. The name has continued in use as a geographical term, mainly in the media, and in the names of institutions such as Humberside Police and Humberside Fire and Rescue Service. These institutions did not change their names mainly due to costs. There are proposals to merge the police force with other Yorkshire forces and then change all the forces' names accordingly.

Humber Enterprise Zone was launched in 2012 to encourage industrial development at 16 sites around the estuary.

The name "Humberside" was very rarely used, as an informal name and a geographical term, for the area surrounding the Humber before the creation of the ceremonial county. However, by the mid-20th century the industrial development of both sides of the Humber Estuary was becoming increasingly integrated, and "Humberside" was being widely applied to the ports of Hull, Grimsby and Goole and their hinterland. The use of the term to unify the two sides of the river was also driven by the desire of the local authorities in the area to promote the construction of a suspension bridge.

The Redcliffe-Maud Report that preceded the Local Government Act 1972 had not proposed any directly analogous area. Instead it proposed making the part north of the Humber one unitary authority, and the part south of it another. The White Paper that followed the Report did not include a cross-Humber authority either, having named the northern part "East Yorkshire" and kept the southern area in Lincolnshire. Humberside had emerged in the Local Government Bill as introduced to Parliament, which also gave it its name for the first time.

Paul Bryan, the MP for Howden, moved an amendment to the Bill that would have created a county of East Yorkshire, covering the rural area of northern Humberside along with Selby and York (and also Flaxton Rural District), leaving a Humberside including Haltemprice, Hull, Grimsby, Scunthorpe and Goole, while Cleethorpes and Grimsby Rural District would have been kept in Lincolnshire. The amendment was rejected by the House.

At this time there was very little connecting its two parts, aside from ferries and a circuitous journey via Goole (a road journey from Grimsby to Beverley, the headquarters, being something just under 100 miles). It was promised by the government that the Humber Bridge would make it a more viable unit. By 1975 the bridge was planned to open in 1977. The bridge was finally opened on 24 June 1981, providing a permanent link between North and South, and cutting the journey from Grimsby to Beverley to a mere 30 or so miles, but it did not secure Humberside's future. 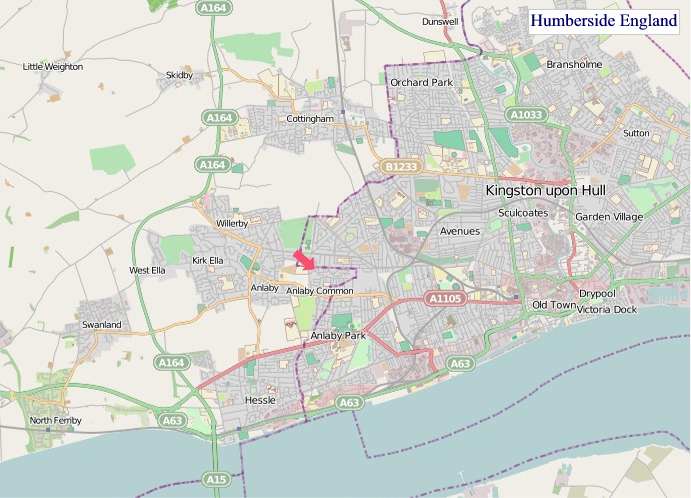 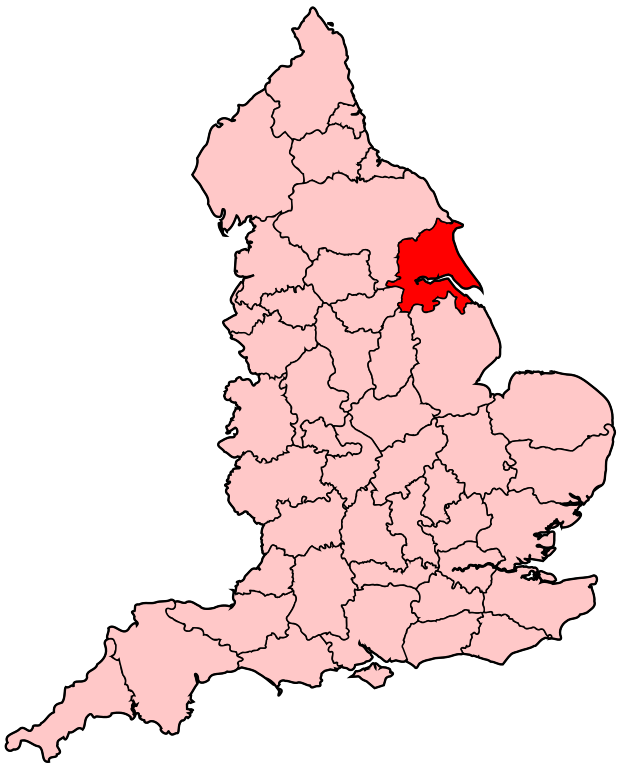 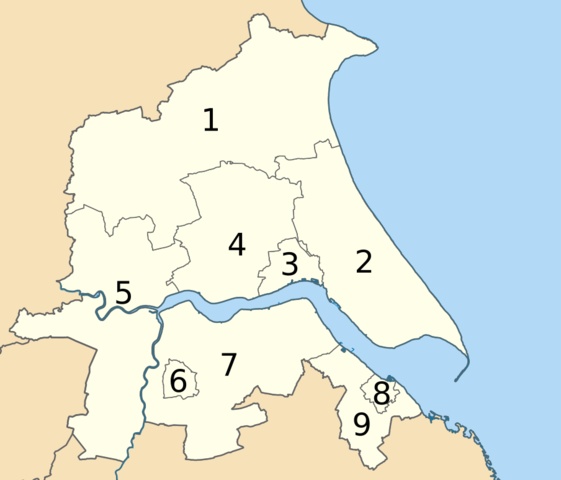 The county was divided into nine non-metropolitan districts: