Welcome to our Lincolnshire map page. The map of Lincolnshire England that is located below is provided by Google Maps. You can "grab" the electronic map and move it around to re-center the map. You can change between standard map view and satellite map view by clicking the small square on the bottom left-hand corner of the map. Satellite map view utilises orbiting satellite and / or aerial high-resolution photography to display images of the map location to street level detail (really quite amazing). Standard map view shows a traditional street map (also known as a road map). You can use the zoom buttons on the bottom right-hand side of the map to zoom in or out to street level detail. We have digital online maps for most towns and cities on the Maps of England page. We also have a good collection of old school printable maps on the Maps of England page.

A map of Lincolnshire, England

I hope you like the Lincolnshire County, England street map / road map situated above.

During pre-Roman times, most of Lincolnshire was inhabited by the Corieltauvi people. The language of the area at that time would have been Common Brittonic, the precursor to modern Welsh. The name Lincoln was derived from Lindum Colonia.

Large numbers of Germanic speakers from continental Europe settled in the region following the withdrawal of the Romans. Though these were later identified as Angles, it is unlikely that they migrated as part of an organized tribal group. Thus, the main language of the region quickly became Old English. However, it is possible that Brittonic continued to be spoken in some communities as late as the eighth century.

Modern-day Lincolnshire is derived from the merging of the territory of the Kingdom of Lindsey with that controlled by the Danelaw borough of Stamford. For some time the entire county was called "Lindsey", and it is recorded as such in the 11th-century Domesday Book. Later, the name Lindsey was applied to the northern core, around Lincoln. This emerged as one of the three Parts of Lincolnshire, along with the Parts of Holland in the south-east, and the Parts of Kesteven in the south-west, which each had separate Quarter Sessions as their county administrations.

In 1888 when county councils were set up, Lindsey, Holland and Kesteven each received separate ones. These survived until 1974, when Holland, Kesteven, and most of Lindsey were unified into Lincolnshire. The northern part of Lindsey, including Scunthorpe Municipal Borough and Grimsby County Borough, was incorporated into the newly formed non-metropolitan county of Humberside, along with most of the East Riding of Yorkshire.

A local government reform in 1996 abolished Humberside. The land south of the Humber Estuary was allocated to the unitary authorities of North Lincolnshire and North East Lincolnshire. These two areas became part of Lincolnshire for ceremonial purposes, such as the Lord-Lieutenancy, but are not covered by the Lincolnshire police; they are in the Yorkshire and the Humber region.

The area was shaken by the 27 February 2008 Lincolnshire earthquake, reaching between 4.7 and 5.3 on the Richter magnitude scale; it was one of the largest earthquakes to affect Britain in recent years.

Lincolnshire is home to Woolsthorpe Manor, birthplace and home of Sir Isaac Newton. He attended The King's School, Grantham. Its library has preserved his signature, carved into a window sill when he was a youth.

Bedrock in Lincolnshire features Jurassic limestone (near Lincoln) and Cretaceous chalk (north-east). The area around Woodhall Spa and Kirkby on Bain is dominated by gravel and sand. For much of prehistory, Lincolnshire was under tropical seas, and most fossils found in the county are marine invertebrates. Marine vertebrates have also been found including ichthyosaurus and plesiosaur.

The highest point in Lincolnshire is Wolds Top (168 m, 551 ft), at Normanby le Wold. Some parts of the Fens may be below sea level. The nearest mountains are in Derbyshire.

The biggest rivers in Lincolnshire are the Trent, running northwards from Staffordshire up the western edge of the county to the Humber estuary, and the Witham, which begins in Lincolnshire at South Witham and runs for 132 km (82 miles) through the middle of the county, eventually emptying into the North Sea at The Wash. The Humber estuary, on Lincolnshire's northern border, is also fed by the River Ouse. The Wash is also the mouth of the Welland, the Nene and the Great Ouse.

From bones, we can tell that animal species formerly found in Lincolnshire include woolly mammoth, woolly rhinoceros, wild horse, wolf, wild boar and beaver. Species which have recently returned to Lincolnshire after extirpation include little egret, Eurasian spoonbill, European otter and red kite. 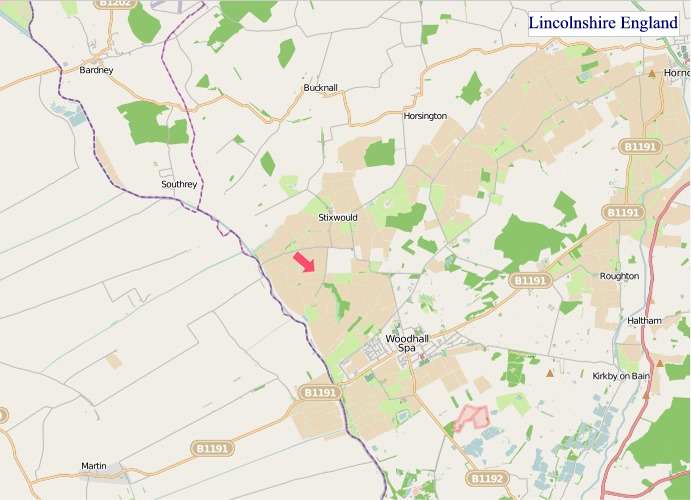 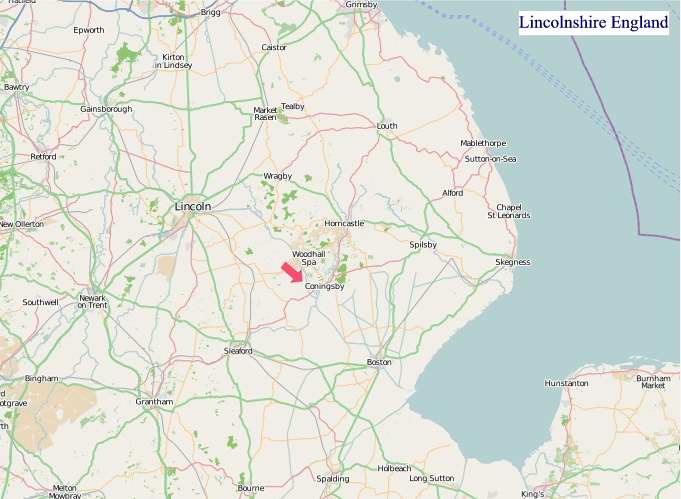 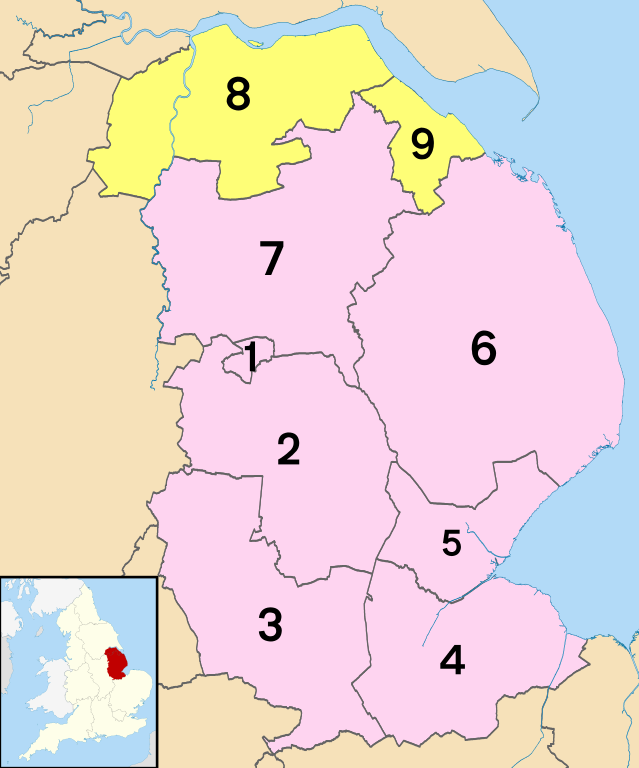