Welcome to our Nottinghamshire map page. The map of Nottinghamshire England that is located below is provided by Google Maps. You can "grab" the electronic map and move it around to re-center the map. You can change between standard map view and satellite map view by clicking the small square on the bottom left-hand corner of the map. Satellite map view utilises orbiting satellite and / or aerial high-resolution photography to display images of the map location to street level detail (really quite amazing). Standard map view shows a traditional street map (also known as a road map). You can use the zoom buttons on the bottom right-hand side of the map to zoom in or out to street level detail. We have digital online maps for most towns and cities on the Maps of England page. We also have a good collection of old school printable maps on the Maps of England page.

A map of Nottinghamshire, England

I hope you like the Nottinghamshire County, England street map / road map situated above.

Nottinghamshire (abbreviated Notts) is a county in the East Midlands region of England, bordering South Yorkshire to the north-west, Lincolnshire to the east, Leicestershire to the south, and Derbyshire to the west. The traditional county town is Nottingham, though the county council is based at County Hall in West Bridgford in the borough of Rushcliffe, at a site facing Nottingham over the River Trent.

Nottinghamshire lies on the Roman Fosse Way, and there are Roman settlements in the county; for example at Mansfield, and forts such as at the Broxtowe Estate in Bilborough. The county was settled by Angles around the 5th century, and became part of the Kingdom, and later Earldom, of Mercia. However, there is evidence of Saxon settlement at the Broxtowe Estate, Oxton, near Nottingham, and Tuxford, east of Sherwood Forest. The name first occurs in 1016, but until 1568, the county was administratively united with Derbyshire, under a single Sheriff. In Norman times, the county developed malting and woollen industries. During the industrial revolution, the county held much needed minerals such as coal and iron ore, and had constructed some of the first experimental waggonways in the world; an example of this is the Wollaton wagonway of 1603-1616, which transported minerals from bell pitt mining areas at Strelley and Bilborough, this led to canals and railways being constructed in the county, and the lace and cotton industries grew. In the 18th and 19th centuries, mechanised deeper collieries opened, and mining became an important economic sector, though these declined after the 1984-85 miners' strike.

Until 1610, Nottinghamshire was divided into eight Wapentakes. Sometime between 1610 and 1719, they were reduced to six - Newark, Bassetlaw, Thurgarton, Rushcliffe, Broxtowe, and Bingham, some of these names still being used for the modern districts. Oswaldbeck was absorbed in Bassetlaw, of which it forms the North Clay division, and Lythe in Thurgarton.

Nottinghamshire is famous for its involvement with the legend of Robin Hood. This is also the reason for the numbers of tourists who visit places like Sherwood Forest, City of Nottingham, and the surrounding villages in Sherwood Forest. To reinforce the Robin Hood connection, the University of Nottingham in 2010 has begun the Nottingham Caves Survey, with the goal "to increase the tourist potential of these sites". The project "will use a 3D laser scanner to produce a three dimensional record of more than 450 sandstone caves around Nottingham".

Nottinghamshire was mapped first by Christopher Saxton in 1576; the first fully surveyed map of the county was by John Chapman, who produced Chapman's Map of Nottinghamshire in 1774. The map was the earliest printed map at a sufficiently useful scale (one statute mile to one inch) to provide basic information on village layout, and the existence of landscape features such as roads, milestones, tollbars, parkland, and mills. 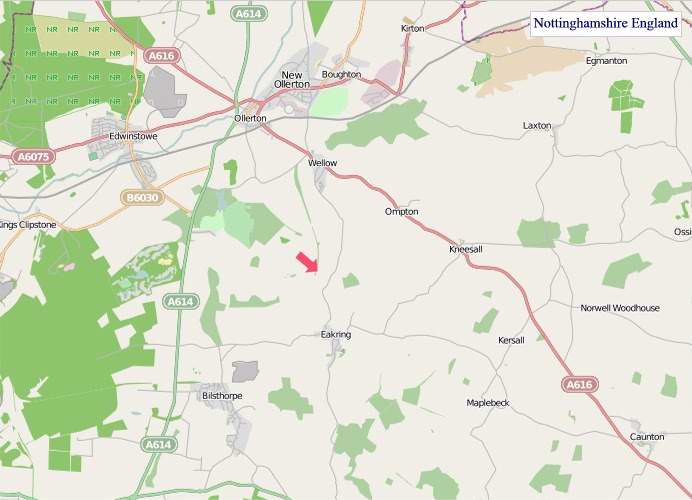 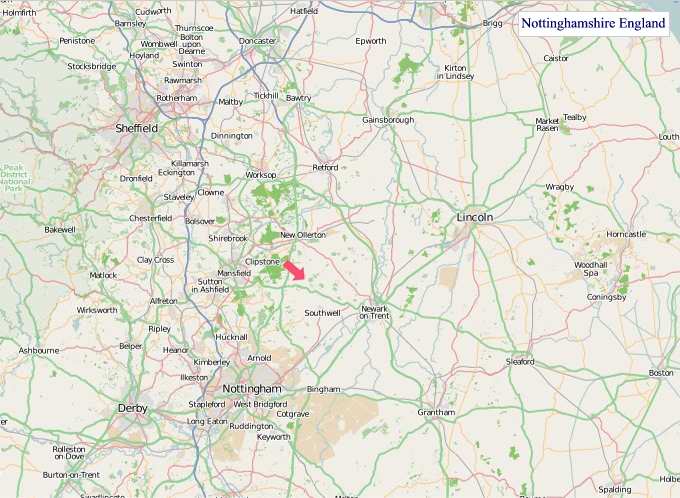 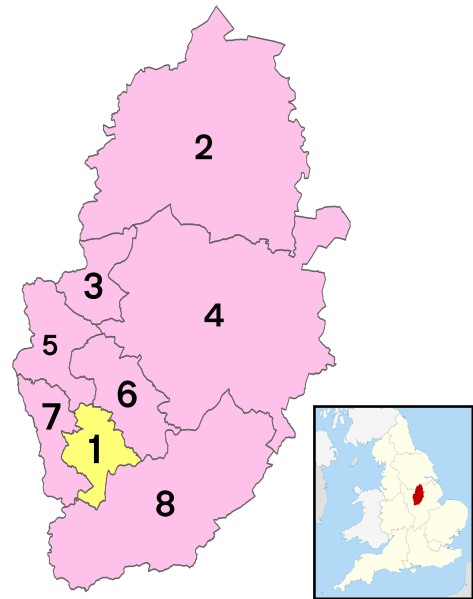