Welcome to our Shropshire map page. The map of Shropshire England that is located below is provided by Google Maps. You can "grab" the electronic map and move it around to re-center the map. You can change between standard map view and satellite map view by clicking the small square on the bottom left-hand corner of the map. Satellite map view utilises orbiting satellite and / or aerial high-resolution photography to display images of the map location to street level detail (really quite amazing). Standard map view shows a traditional street map (also known as a road map). You can use the zoom buttons on the bottom right-hand side of the map to zoom in or out to street level detail. We have digital online maps for most towns and cities on the Maps of England page. We also have a good collection of old school printable maps on the Maps of England page.

A map of Shropshire, England

I hope you like the Shropshire County, England street map / road map situated above.

Shropshire (abbreviated as Shrops) is a landlocked county in the West Midlands region of England. It is bordered by Wales to the west and the English counties of Cheshire to the north, Staffordshire to the east, Worcestershire to the southeast, and Herefordshire to the south. Shropshire Council was created in 2009, a unitary authority taking over from the previous county council and five district councils. The borough of Telford and Wrekin has been a separate unitary authority since 1998, but remains part of the ceremonial county.

The county's population and economy is centred on five towns: the county town of Shrewsbury, which is culturally and historically important and close to the centre of the county; Telford, which was founded as a new town in the east which was constructed around a number of older towns, most notably Wellington, Dawley and Madeley, which is today the most populous; Oswestry in the northwest, Bridgnorth to the south of Telford, and Ludlow in the south. The county has eighteen market towns, including Whitchurch in the north, Newport near Telford, and Market Drayton in the northeast.

The Ironbridge Gorge area is a UNESCO World Heritage Site, covering Ironbridge, Coalbrookdale and a part of Madeley. There are other historic industrial sites in the county, such as at Shrewsbury, Broseley, Snailbeach and Highley, as well as the Shropshire Union Canal.

The Shropshire Hills Area of Outstanding Natural Beauty covers about a quarter of the county, mainly in the south. Shropshire is one of England's most rural and sparsely populated counties, with a population density of 136/km2 (350/sq mi). The Wrekin is one of the most famous natural landmarks in the county, though the highest hills are the Clee Hills, Stiperstones and the Long Mynd. Wenlock Edge is another significant geographical and geological landmark. In the low-lying northwest of the county overlapping the border with Wales is the Fenn's, Whixall and Bettisfield Mosses National Nature Reserve, one of the most important and best preserved bogs in Britain. The River Severn, Great Britain's longest river, runs through the county, exiting into Worcestershire by the Severn Valley.

The county flower is the round-leaved sundew.

The area was once part of the lands of the Cornovii, which consisted of the modern day counties of Cheshire, Shropshire, north Staffordshire, north Herefordshire and eastern parts of Powys. This was a tribal Celtic Iron Age kingdom. Their capital in pre-Roman times was probably a hill fort on the Wrekin. Ptolemy's 2nd century Geography names one of their towns as being Viroconium Cornoviorum (Wroxeter), which became their capital under Roman rule and one of the largest settlements in Britain. After the Roman occupation of Britain ended in the 5th century, the Shropshire area was in the eastern part of the Welsh Kingdom of Powys; known in Welsh poetry as the Paradise of Powys. It was annexed to the Angle kingdom of Mercia by King Offa in the 8th century, at which time he built two significant dykes there to defend his territory against the Welsh or at least demarcate it. In subsequent centuries, the area suffered repeated Viking incursions, and fortresses were built at Bridgnorth and Chirbury.

After the Norman conquest in 1066, major estates in Shropshire were granted to Normans, including Roger de Montgomerie and later his son Robert de Bellême, who ordered significant constructions, particularly in Shrewsbury, the town of which he was Earl. Many defensive castles were built at this time across the county to defend against the Welsh and enable effective control of the region, including Ludlow Castle and Shrewsbury Castle. The western frontier with Wales was not finally determined until the 14th century. Also in this period, a number of religious foundations were formed, the county largely falling at this time under the Diocese of Hereford and that of Coventry and Lichfield. Some parishes in the north-west of the county in later times fell under the Diocese of St. Asaph until the disestablishment of the Church in Wales in 1920, when they were ceded to the Lichfield diocese.

The county was a central part of the Welsh Marches during the medieval period and was often embroiled in the power struggles between powerful Marcher Lords, the Earls of March and successive monarchs.

The county contains a number of historically significant towns, including Shrewsbury, Bridgnorth and Ludlow (which was the seat of the Council of Wales and the Marches). Additionally, the area around Coalbrookdale in the county is seen as highly significant, as it is regarded as one of the birthplaces of the Industrial Revolution. The village of Edgmond, near Newport, is the location of the lowest recorded temperature (in terms of weather) in England and Wales. 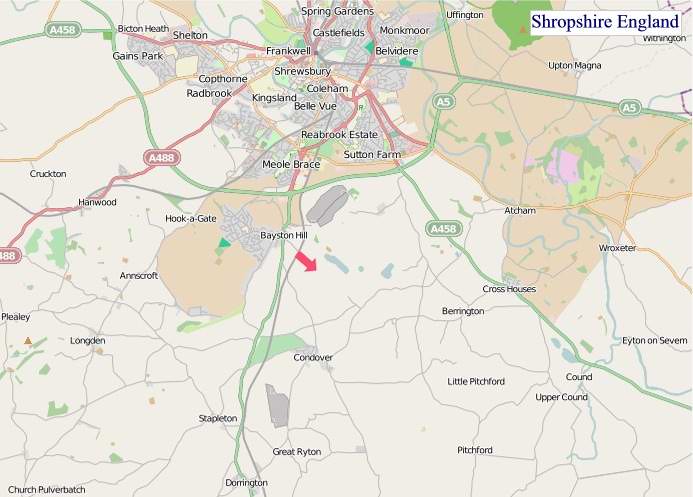 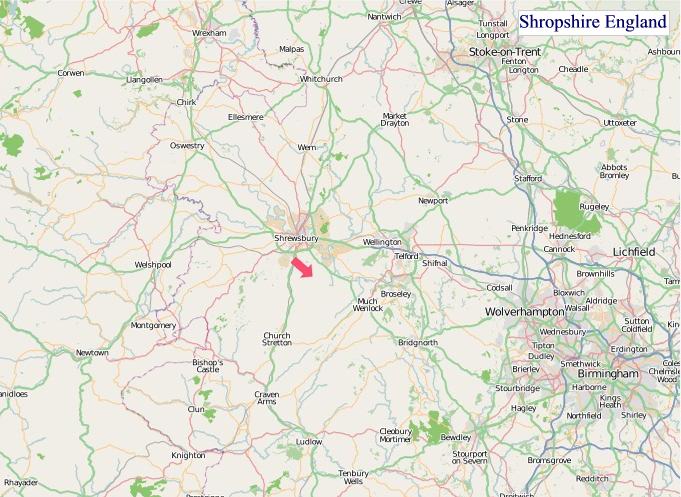 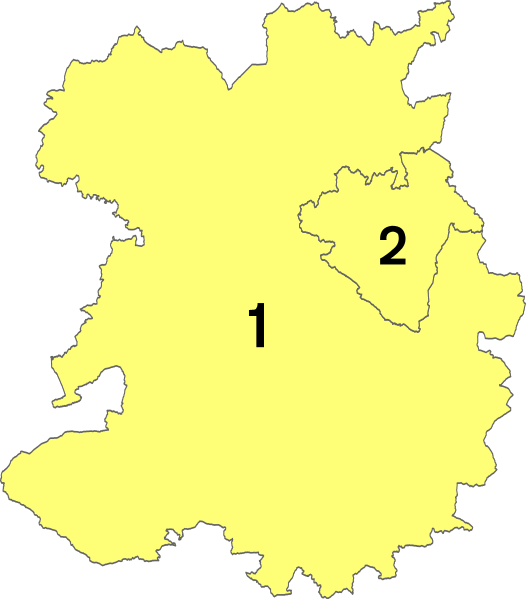