Welcome to our South Yorkshire map page. The map of South Yorkshire England that is located below is provided by Google Maps. You can "grab" the electronic map and move it around to re-center the map. You can change between standard map view and satellite map view by clicking the small square on the bottom left-hand corner of the map. Satellite map view utilises orbiting satellite and / or aerial high-resolution photography to display images of the map location to street level detail (really quite amazing). Standard map view shows a traditional street map (also known as a road map). You can use the zoom buttons on the bottom right-hand side of the map to zoom in or out to street level detail. We have digital online maps for most towns and cities on the Maps of England page. We also have a good collection of old school printable maps on the Maps of England page.

A map of South Yorkshire, England

I hope you like the South Yorkshire County, England street map / road map situated above.

South Yorkshire is a ceremonial and metropolitan county in England. It is the southernmost county in the Yorkshire and the Humber region and had a population of 1.34 million in 2011. It has an area of 1,552 square kilometres (599 sq mi) and consists of four metropolitan boroughs, Barnsley, Doncaster, Rotherham and Sheffield. South Yorkshire was created on 1 April 1974 as a result of the Local Government Act 1972. Its largest settlement is Sheffield.

South Yorkshire County Council was abolished in 1986 and its metropolitan boroughs are now effectively unitary authorities, although the metropolitan county continues to exist in law. As a ceremonial county, South Yorkshire has a Lord Lieutenant and a High Sheriff.

South Yorkshire was created from 32 local government districts of the West Riding of Yorkshire (the administrative county and four independent county boroughs), with small areas from Derbyshire and Nottinghamshire.

Although the modern county of South Yorkshire was not created until 1974, the history of its constituent settlements and parts goes back centuries. Prehistoric remains include a Mesolithic "house" (a circle of stones in the shape of a hut-base) dating to around 8000 BC, found at Deepcar, in the northern part of Sheffield. Evidence of even earlier inhabitation in the wider region exists about 3 miles (5 km) over the county boundary at Creswell Crags in Derbyshire, where artefacts and rock art found in caves have been dated by archaeologists to the late Upper Palaeolithic period, at least 12,800 years ago. The region was on the frontier of the Roman Empire during the Roman period.

The main settlements of South Yorkshire grew up around the industries of mining and steel manufacturing. The main mining industry was coal which was concentrated to the north and east of the county. There were also iron deposits which were mined in the area. The rivers running off the Pennines to the west of the county supported the steel industry that is concentrated in the city of Sheffield. The proximity of the iron and coal also made this an ideal place for steel manufacture.

Although Christian nonconformism was never as strong in South Yorkshire as in the mill towns of West Yorkshire, there are still many Methodist and Baptist churches in the area. Also, South Yorkshire has a relatively high number of followers of spiritualism. It is the only county that counts as a full region in the Spiritualists' National Union.

The metropolitan county borders Derbyshire, West Yorkshire, North Yorkshire, the East Riding of Yorkshire, Lincolnshire and Nottinghamshire. The terrain of the county is mostly distinguished by the Pennines and its foothills which rise in the west of the county and gradually descend into the Humberhead Levels in the east of the county. Geologically, the county lies largely on the carboniferous rocks of the Yorkshire coalfield in the outer Pennine fringes, producing a rolling landscape with hills, escarpments and broad valleys. In this landscape, there is widespread evidence of both current and former industrial activity. There are numerous mine buildings, former spoil heaps and iron and steel plants. The scenery is a mixture of built up areas, industrial land with some dereliction, and farmed open country. Ribbon developments along transport routes including canal, road and rail are prominent features of the area although some remnants of the pre industrial landscape and semi-natural vegetation still survive. The Pennines in the west of the county are mostly inside the Peak District National Park and also contain carboniferous rocks, with the underlying geology primarily being millstone grit sandstones of the Dark Peak rising from the Yorkshire coalfield and the terrain is mostly moorland plateaus and gritstone edges. The inner Pennine fringes between the Dark Peak and Yorkshire coalfield are distinguished by many steep valleys, and a transition from uplands and rural landscape to lowlands and urban landscape towards the east of the county. Major rivers which cross the area are the Dearne, Rother and Don. To the east, in the Doncaster area the landscape becomes flatter as the eastward dipping carboniferous rocks of the coalfield are overlain by the lacustrine deposits of the Humberhead Levels. There is very little evidence of glaciation in the area as it lies largely beyond the limit of the last glaciation. 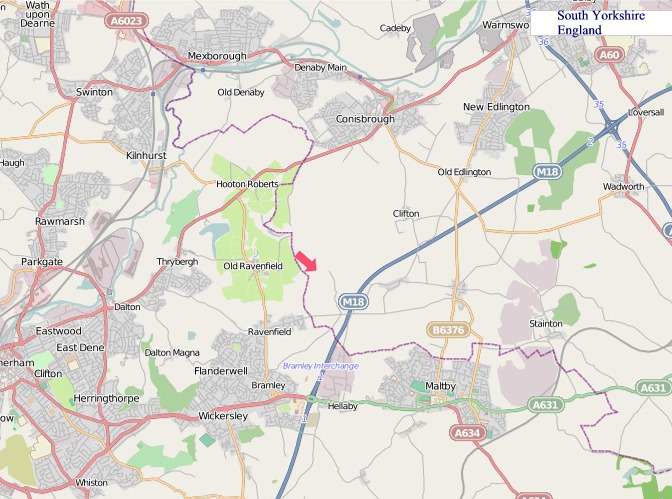 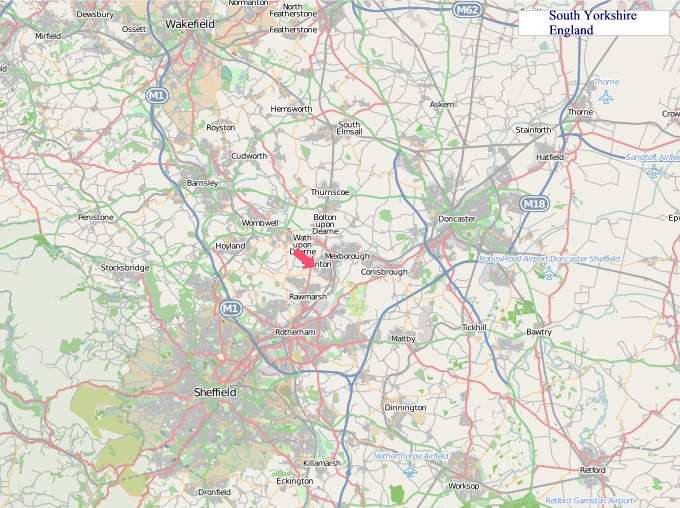 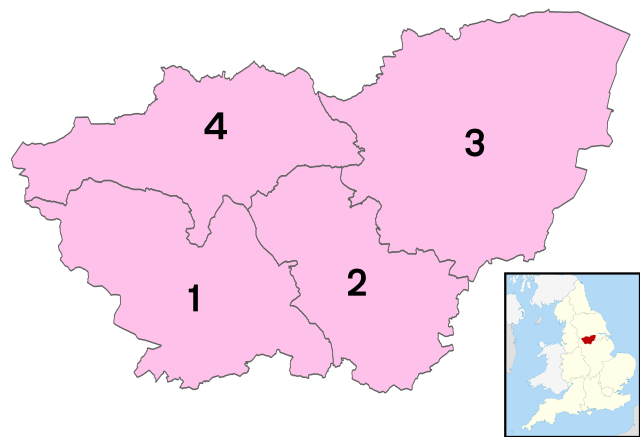