Maps of Tyne and Wear England

Welcome to our Tyne and Wear map page. The map of Tyne and Wear England that is located below is provided by Google Maps. You can "grab" the electronic map and move it around to re-center the map. You can change between standard map view and satellite map view by clicking the small square on the bottom left-hand corner of the map. Satellite map view utilises orbiting satellite and / or aerial high-resolution photography to display images of the map location to street level detail (really quite amazing). Standard map view shows a traditional street map (also known as a road map). You can use the zoom buttons on the bottom right-hand side of the map to zoom in or out to street level detail. We have digital online maps for most towns and cities on the Maps of England page. We also have a good collection of old school printable maps on the Maps of England page.

A map of Tyne and Wear, England

I hope you like the Tyne and Wear County, England street map / road map situated above.

Tyne and Wear is a metropolitan county in North East England, situated around the mouths of the rivers Tyne and Wear. It came into existence in 1974 after the passage of the Local Government Act 1972. It consists of the five metropolitan boroughs of Newcastle upon Tyne, Gateshead, North Tyneside, South Tyneside and the City of Sunderland. The county is bordered to the north by Northumberland, to the south by County Durham and to the east of the county lies the North Sea. It is the smallest county in North East England by area, but by far the largest in terms of population.

Prior to the 1974 reforms, the territory now covered by the county of Tyne and Wear straddled the border between the counties of Northumberland and Durham, the border being marked by the river Tyne; that territory also included five county boroughs.

In the late 600s and into the 700s the Venerable Bede (Saint Bede) lived as a monk at the monastery of St. Peter and of St. Paul writing histories of the early of the Early Middle Ages including the Ecclesiastical History of the English People.

Roughly 150 years ago, in the village of Marsden in South Shields, Souter Lighthouse was built, the first electric structure of this type.

The report of the Royal Commission, published in 1937, recommended the establishment of a Regional Council for Northumberland and Tyneside (to be called the "Northumberland Regional Council") to administer services that needed to be exercised over a wide area, with a second tier of smaller units for other local-government purposes. The second-tier units would form by amalgamating the various existing boroughs and districts. The county boroughs in the area would lose their status. Within this area, a single municipality would be formed covering the four county boroughs of Newcastle, Gateshead, Tynemouth, South Shields and other urban districts and boroughs.

A minority report proposed amalgamation of Newcastle, Gateshead, Wallsend, Jarrow, Felling, Gosforth, Hebburn and Newburn into a single "county borough of Newcastle-on-Tyneside". The 1937 proposals never came into operation: local authorities could not agree on a scheme and the legislation of the time did not allow central government to compel one.

Tyneside (excluding Sunderland) was a Special Review Area under the Local Government Act 1958. The Local Government Commission for England came back with a recommendation to create a new county of Tyneside based on the review area, divided into four separate boroughs. This was not implemented. The Redcliffe-Maud Report proposed a Tyneside unitary authority, again excluding Sunderland, which would have set up a separate East Durham unitary authority.

The White Paper that led to the Local Government Act 1972 proposed as "area 2" a metropolitan county including Newcastle and Sunderland, extending as far south down the coast as Seaham and Easington, and bordering "area 4" (which would become Tees Valley). The Bill as presented in November 1971 pruned back the southern edge of the area, and gave it the name "Tyneside". The name "Tyneside" proved controversial on Wearside, and a government amendment changed the name to "Tyne and Wear" at the request of Sunderland County Borough Council. 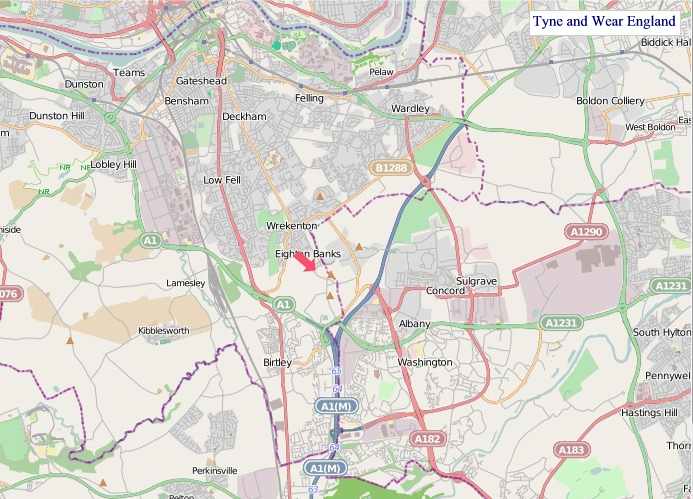 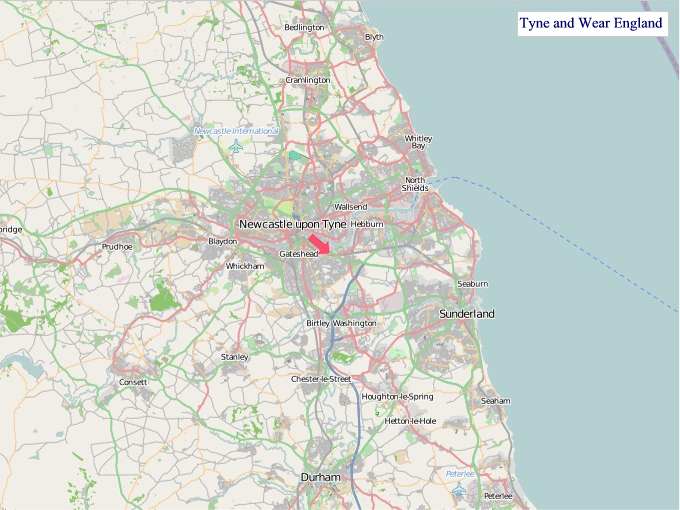 Districts of Tyne and Wear 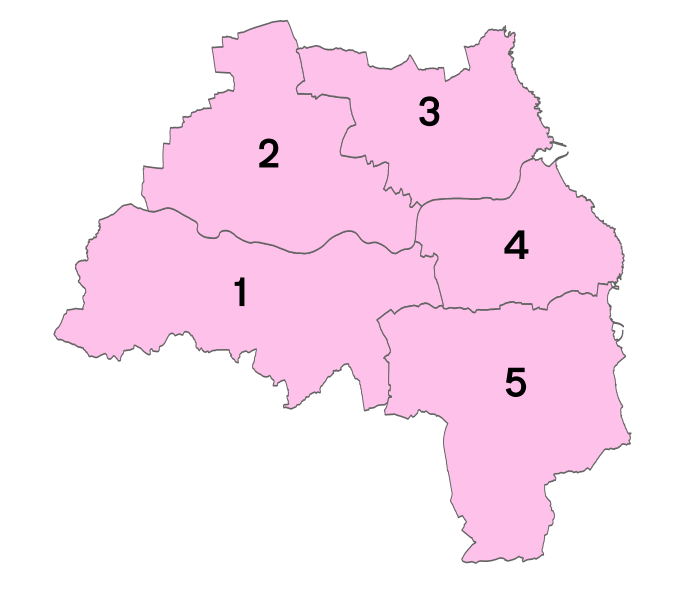