An Anglo-Saxon helmet found at Sutton Hoo, probably belonging to Raedwald of East Anglia circa 625. 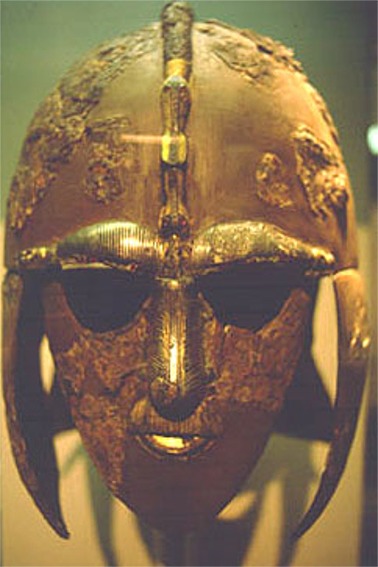 Anglo-Saxons (or Anglo-Saxon) is the term usually used to describe the invading tribes in the south and east of Great Britain starting from the early 5th century AD, and their creation of the English nation, lasting until the Norman conquest of 1066. The Benedictine monk, Bede, identified them as the descendants of three Germanic tribes:

They spoke closely related Germanic dialects and may have traced a common heritage to the Ingvaeones as described by the Roman historian Tacitus.