The London Underground sign for Westminster tube station against the Big Ben clock tower of the Houses of Parliament in 2002.

The London Underground (often shortened to the Underground) is a rapid transit system in the United Kingdom, serving a large part of Greater London and some parts of Buckinghamshire, Hertfordshire and Essex. It incorporates the oldest section of underground railway in the world, which opened in 1863 and now forms part of the Circle, Hammersmith & City, and Metropolitan lines; and the first line to operate electric trains, in 1890, now part of the Northern line.

The Underground system is also colloquially called the Tube. As commonly used today both by Londoners and in most official publicity, this term embraces the entire system. Originally, though, it applied only to the deep-level lines with trains of a smaller and more circular cross-section, and served to distinguish them from the sub-surface "cut-and-cover" lines that were built first and originally used steam locomotives.

The earlier lines of the present London Underground network were built by various private companies. They became part of an integrated transport system in 1933 when the London Passenger Transport Board (LPTB) or London Transport was created. The underground network became a separate entity in 1985, when the UK Government created London Underground Limited (LUL). Since 2003 LUL has been a wholly owned subsidiary of Transport for London (TfL), the statutory corporation responsible for most aspects of the transport system in Greater London, which is run by a board and a commissioner appointed by the Mayor of London.

The Underground serves 270 stations and has 402 kilometres (250 mi) of track, 45 per cent of which is underground. It is the second largest metro system in the world in terms of route miles, after the Shanghai Metro and part of the largest system in terms of route miles when taken together with the Docklands Light Railway and the London Overground. It also has one of the largest numbers of stations. In 2007, more than one billion passenger journeys were recorded, making it the third busiest metro system in Europe, after Moscow and Paris. The tube is an international icon for London, with the tube map, considered a design classic, having influenced many other transport maps worldwide. Although also shown on the Tube map, the Docklands Light Railway (DLR) and London Overground are not part of the London Underground network.

Currently, 86% of operational expenditure on the London Underground is covered by passenger fares. Almost all London Underground trains currently lack air-conditioning, which leads to the network getting very hot in the summer, although plans are under way to mitigate this problem with new air-conditioned trains and other schemes. Because of engineering work being carried out under the 2010-2012 upgrade plan, lines were regularly closed during weekends. In June 2012, it was announced that stations along the network would get Wifi coverage. 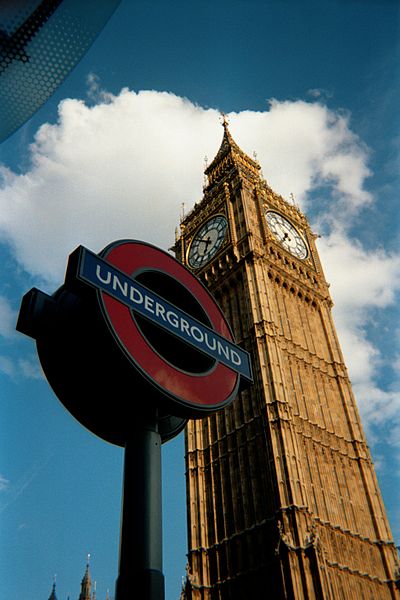