Welcome to our Cambridgeshire map page. The map of Cambridgeshire England that is located below is provided by Google Maps. You can "grab" the electronic map and move it around to re-center the map. You can change between standard map view and satellite map view by clicking the small square on the bottom left-hand corner of the map. Satellite map view utilises orbiting satellite and / or aerial high-resolution photography to display images of the map location to street level detail (really quite amazing). Standard map view shows a traditional street map (also known as a road map). You can use the zoom buttons on the bottom right-hand side of the map to zoom in or out to street level detail. We have digital online maps for most towns and cities on the Maps of England page. We also have a good collection of old school printable maps on the Maps of England page.

A map of Cambridgeshire, England

I hope you like the Cambridgeshire County, England street map / road map situated above.

Cambridgeshire is noted as the site of Flag Fen in Fengate, one of the earliest-known Neolithic permanent settlements in the United Kingdom, compared in importance to Balbridie in Aberdeen, Scotland. Must Farm quarry, at Whittlesey has been described as 'Britain's Pompeii due to its relatively good condition, including the 'best-preserved Bronze Age dwellings ever found'. A great quantity of archaeological finds from the Stone Age, the Bronze Age and the Iron Age were made in East Cambridgeshire. Most items were found in Isleham.

The area was settled by the Anglo-Saxons starting in the fifth century. Genetic testing on seven skeletons found in Anglo-Saxon era graves in Hinxton and Oakington found that five were either migrants or descended from migrants from the continent, one was a native Briton, and one had both continental and native ancestry, suggesting intermarriage.

Cambridgeshire was recorded in the Domesday Book as "Grantbridgeshire" (or rather Grentebrigescire) (related to the river Granta).

Covering a large part of East Anglia, Cambridgeshire today is the result of several local government unifications. In 1888 when county councils were introduced, separate councils were set up, following the traditional division of Cambridgeshire, for the area in the south around Cambridge, and the liberty of the Isle of Ely.

In 1965, these two administrative counties were merged to form Cambridgeshire and the Isle of Ely. Under the Local Government Act 1972 this merged with the county to the west, Huntingdon and Peterborough, which had been formed in 1965, by the merger of Huntingdonshire with the Soke of Peterborough (the latter previously a part of Northamptonshire with its own county council). The resulting county was called simply Cambridgeshire.

Since 1998, the City of Peterborough has been separately administered as a unitary authority area. It is associated with Cambridgeshire for ceremonial purposes such as Lieutenancy and joint functions such as policing and the fire service.

In 2002, the conservation charity Plantlife unofficially designated Cambridgeshire's county flower as the Pasqueflower.

Due to the county's flat terrain and proximity to the continent, during the Second World War the military built many airfields here for RAF Bomber Command, RAF Fighter Command, and the allied USAAF. In recognition of this collaboration, the Cambridge American Cemetery and Memorial is located in Madingley. It is the only WWII burial ground in England for American servicemen who died during that event.

Large areas of the county are extremely low-lying and Holme Fen is notable for being the UK's lowest physical point at 2.75 m (9 ft) below sea level. The highest point of the modern administrative county is in the village of Great Chishill at 146 m (480 ft) above sea level. However, this parish was historically a part of Essex, having been moved to Cambridgeshire in boundary changes in 1895. The historic county top is close to the village of Castle Camps where a point on the disused RAF airfield reaches a height of 128 metres (420 ft) above sea level (grid reference TL 63282 41881).

Other prominent hills are Little Trees Hill and Wandlebury Hill (both at 74 m (243 ft)) in the Gog Magog Hills, Rivey Hill above Linton, Rowley's Hill and the Madingley Hills.

Wicken Fen is a 254.5 hectare biological Site of Special Scientific Interest west of Wicken. A large part of it is owned and managed by the National Trust. 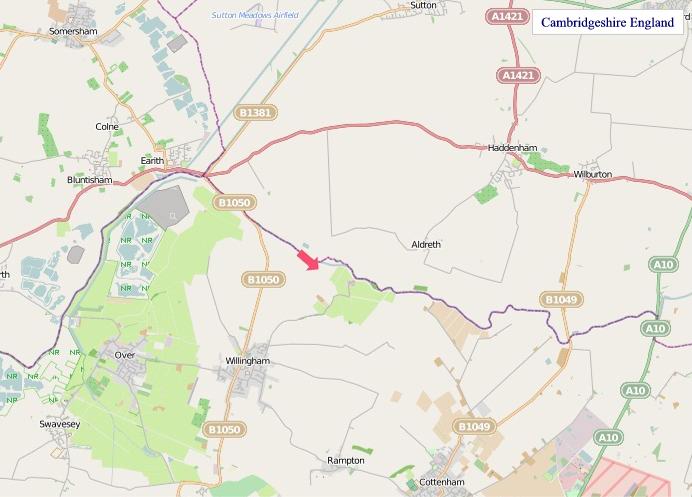 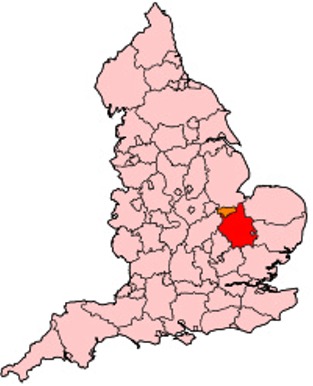 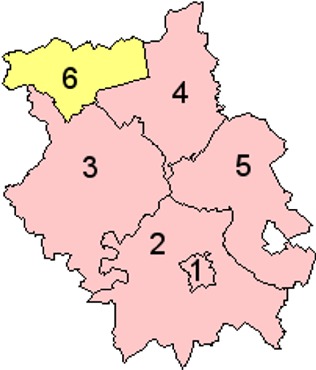