Welcome to our Northamptonshire map page. The map of Northamptonshire England that is located below is provided by Google Maps. You can "grab" the electronic map and move it around to re-center the map. You can change between standard map view and satellite map view by clicking the small square on the bottom left-hand corner of the map. Satellite map view utilises orbiting satellite and / or aerial high-resolution photography to display images of the map location to street level detail (really quite amazing). Standard map view shows a traditional street map (also known as a road map). You can use the zoom buttons on the bottom right-hand side of the map to zoom in or out to street level detail. We have digital online maps for most towns and cities on the Maps of England page. We also have a good collection of old school printable maps on the Maps of England page.

A map of Northamptonshire, England

I hope you like the Northamptonshire County, England street map / road map situated above.

Northamptonshire (abbreviated Northants.), archaically known as the County of Northampton, is a county in the East Midlands of England. In 2015 it had a population of 723,000. The county is administered by two unitary authorities; North Northamptonshire and West Northamptonshire. It is known as "The Rose of the Shires".

Apart from the county town of Northampton, other major population centres include Kettering, Corby, Wellingborough, Rushden and Daventry. Northamptonshire's county flower is the cowslip. The Soke of Peterborough falls within the historic boundaries of the county, but its area has been part of the ceremonial county of Cambridgeshire since 1974.

Much of Northamptonshire's countryside appears to have remained somewhat intractable with regards to early human occupation, resulting in an apparently sparse population and relatively few finds from the Palaeolithic, Mesolithic and Neolithic periods. In about 500 BC the Iron Age was introduced into the area by a continental people in the form of the Hallstatt culture, and over the next century a series of hill-forts were constructed at Arbury Camp, Rainsborough camp, Borough Hill, Castle Dykes, Guilsborough, Irthlingborough, and most notably of all, Hunsbury Hill. There are two more possible hill-forts at Arbury Hill (Badby) and Thenford.

The Roman road of Watling Street passed through the county, and an important Roman settlement, Lactodurum, stood on the site of modern-day Towcester. There were other Roman settlements at Northampton, Kettering and along the Nene Valley near Raunds. A large fort was built at Longthorpe.

After the Romans left, the area eventually became part of the Anglo-Saxon kingdom of Mercia, and Northampton functioned as an administrative centre. The Mercians converted to Christianity in 654 AD with the death of the pagan king Penda. From about 889 the area was conquered by the Danes (as at one point almost all of England was, except for Athelney marsh in Somerset) and became part of the Danelaw - with Watling Street serving as the boundary - until being recaptured by the English under the Wessex king Edward the Elder, son of Alfred the Great, in 917. Northamptonshire was conquered again in 940, this time by the Vikings of York, who devastated the area, only for the county to be retaken by the English in 942. Consequently, it is one of the few counties in England to have both Saxon and Danish town-names and settlements.

The county was first recorded in the Anglo-Saxon Chronicle (1011), as Hamtunscire: the scire (shire) of Hamtun (the homestead). The "North" was added to distinguish Northampton from the other important Hamtun further south: Southampton - though the origins of the two names are in fact different.

Rockingham Castle was built for William the Conqueror and was used as a Royal fortress until Elizabethan times. In 1460, during the Wars of the Roses, the Battle of Northampton took place and King Henry VI was captured. The now-ruined Fotheringhay Castle was used to imprison Mary, Queen of Scots, before her execution.

During the English Civil War, Northamptonshire strongly supported the Parliamentarian cause, and the Royalist forces suffered a crushing defeat at the Battle of Naseby in 1645 in the north of the county. King Charles I was imprisoned at Holdenby House in 1647.

In 1823 Northamptonshire was said to "[enjoy] a very pure and wholesome air" because of its dryness and distance from the sea. Its livestock were celebrated: "Horned cattle, and other animals, are fed to extraordinary sizes: and many horses of the large black breed are reared."

Nine years later, the county was described as "a county enjoying the reputation of being one of the healthiest and pleasantest parts of England" although the towns were "of small importance" with the exceptions of Peterborough and Northampton. In summer, the county hosted "a great number of wealthy families... country seats and villas are to be seen at every step." Northamptonshire is still referred to as the county of "spires and squires" because of the numbers of stately homes and ancient churches.

In the 18th and 19th centuries, parts of Northamptonshire and the surrounding area became industrialised. The local specialisation was shoemaking and the leather industry and became one of Britain's major centres for these crafts by the 19th century. In the north of the county a large ironstone quarrying industry developed from 1850.

Prior to 1901 the ancient hundreds were disused. Northamptonshire was administered as four major divisions: Northern, Eastern, Mid, and Southern. During the 1930s, the town of Corby was established as a major centre of the steel industry. Much of Northamptonshire nevertheless remains rural.

Corby was designated a new town in 1950 and Northampton followed in 1968. As of 2005 the government is encouraging development in the South Midlands area, including Northamptonshire.

The Soke of Peterborough was historically associated with and considered part of Northamptonshire and the Church of England Diocese that covers Northamptonshire is centred in Peterborough Cathedral. However, Peterborough had its own courts of quarter sessions and, later, county council. In 1965 the administration was merged with that of neighbouring Huntingdonshire. Under the Local Government Act 1972 the city of Peterborough became a district of Cambridgeshire. 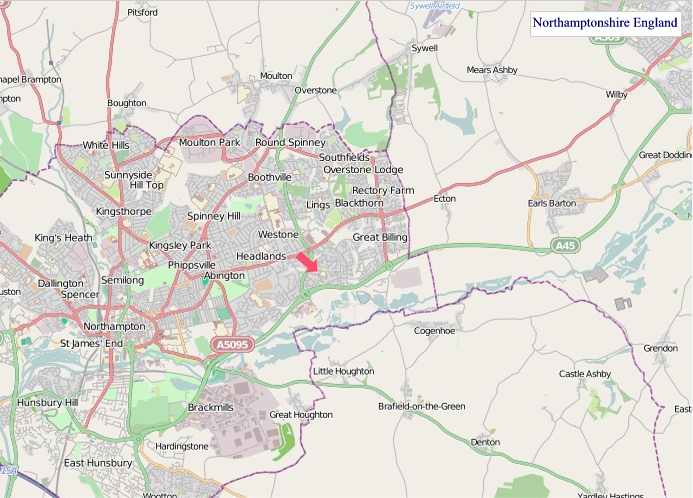 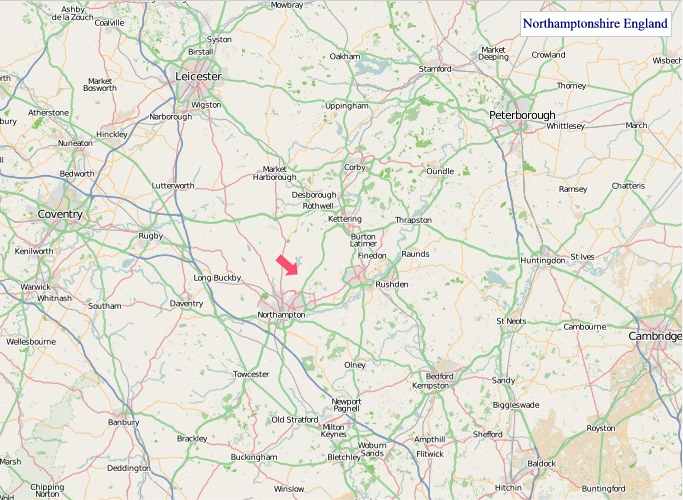 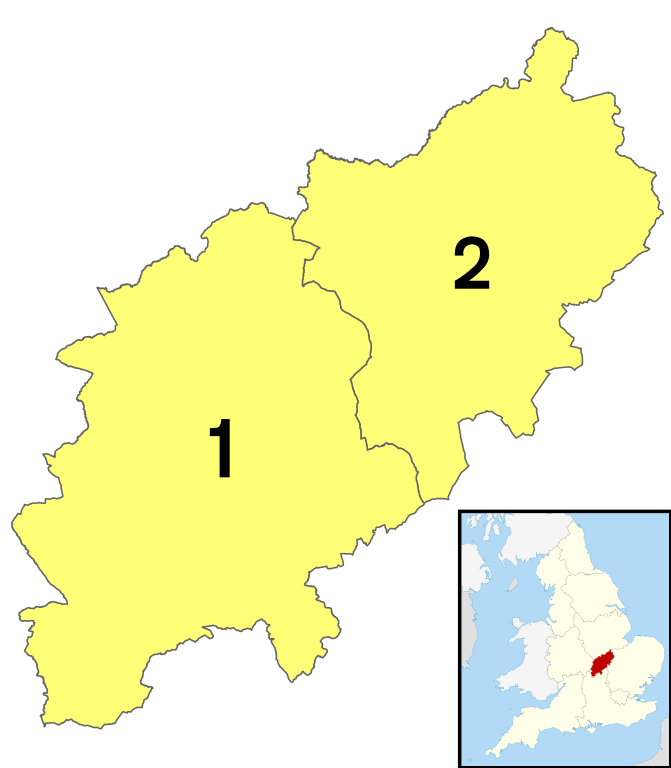