Welcome to our Staffordshire map page. The map of Staffordshire England that is located below is provided by Google Maps. You can "grab" the electronic map and move it around to re-center the map. You can change between standard map view and satellite map view by clicking the small square on the bottom left-hand corner of the map. Satellite map view utilises orbiting satellite and / or aerial high-resolution photography to display images of the map location to street level detail (really quite amazing). Standard map view shows a traditional street map (also known as a road map). You can use the zoom buttons on the bottom right-hand side of the map to zoom in or out to street level detail. We have digital online maps for most towns and cities on the Maps of England page. We also have a good collection of old school printable maps on the Maps of England page.

A map of Staffordshire, England

I hope you like the Staffordshire County, England street map / road map situated above.

The largest settlement in Staffordshire is Stoke-on-Trent, which is administered as an independent unitary authority, separately from the rest of the county. Lichfield is a cathedral city. Other major settlements include Stafford, Burton upon Trent, Cannock, Newcastle-under-Lyme, Rugeley, Leek, and Tamworth.

Other towns include Stone, Cheadle, Uttoxeter, Hednesford, Brewood, Burntwood/Chasetown, Kidsgrove, Eccleshall, Biddulph, Penkridge and the large villages of Wombourne, Kinver, Tutbury, Alrewas, Barton-under-Needwood, Stretton and Abbots Bromley. Cannock Chase AONB is within the county as well as parts of the National Forest and the Peak District national park.

Wolverhampton, Walsall, West Bromwich and Smethwick are within the historic county boundaries of Staffordshire, but since 1974 have been part of the West Midlands county.

The historic boundaries of Staffordshire cover much of what is now the metropolitan county of West Midlands. An administrative county of Staffordshire was set up in 1889 under the Local Government Act 1888 covering the county, except the county boroughs of Wolverhampton, Walsall, and West Bromwich in the south (the area known as the Black Country), and Hanley in the north. The Act also saw the towns of Tamworth (partly in Warwickshire) and Burton upon Trent (partly in Derbyshire) united entirely in Staffordshire.

In 1553 Queen Mary made Lichfield a county corporate, meaning it was administered separately from the rest of Staffordshire. It remained so until 1888.

A significant boundary change occurred in 1926 when the east of Sedgley was transferred to Worcestershire to allow the construction of the new Priory Estate on land purchased by Dudley County Borough council.

Under the Local Government Act 1972, on 1 April 1974 the county boroughs of the Black Country and the Aldridge-Brownhills Urban District of Staffordshire became, along with Birmingham, Solihull, and Coventry and other districts, a new metropolitan county of West Midlands. County boroughs were abolished, with Stoke becoming a non-metropolitan district in Staffordshire, and Burton forming an unparished area in the district of East Staffordshire. On 1 April 1997, under a recommendation of the Banham Commission, Stoke-on-Trent became a unitary authority independent of Staffordshire once more.

In July 2009 the largest hoard of Anglo-Saxon gold ever found in Britain was discovered in a field near Lichfield. The artefacts, known as The Staffordshire Hoard, have tentatively been dated to the 7th or 8th centuries, placing the origin of the items in the time of the Kingdom of Mercia. 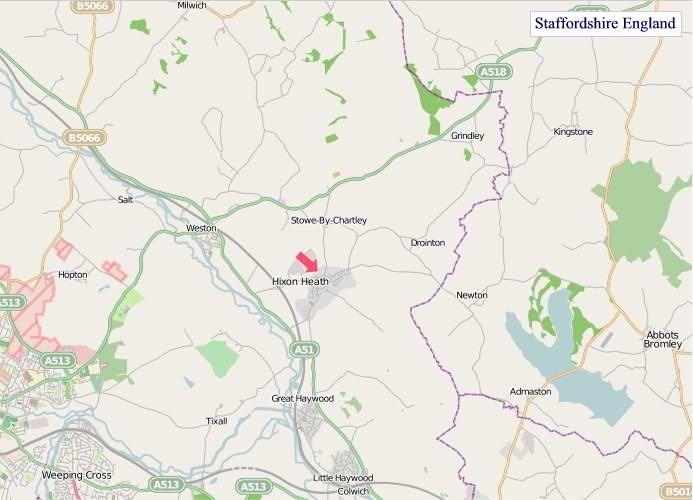 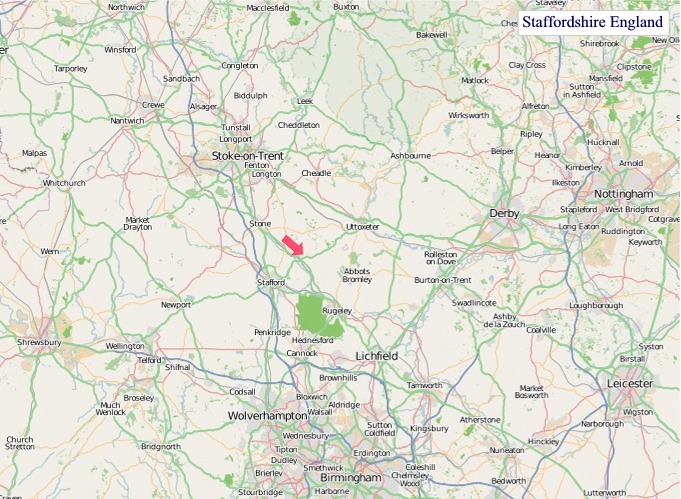 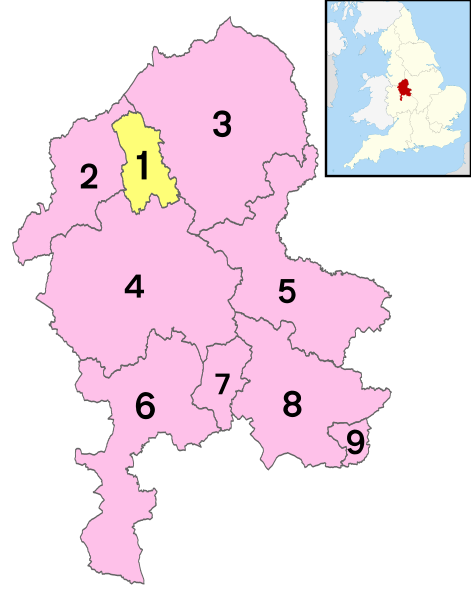