Welcome to our Derbyshire map page. The map of Derbyshire England that is located below is provided by Google Maps. You can "grab" the electronic map and move it around to re-center the map. You can change between standard map view and satellite map view by clicking the small square on the bottom left-hand corner of the map. Satellite map view utilises orbiting satellite and / or aerial high-resolution photography to display images of the map location to street level detail (really quite amazing). Standard map view shows a traditional street map (also known as a road map). You can use the zoom buttons on the bottom right-hand side of the map to zoom in or out to street level detail. We have digital online maps for most towns and cities on the Maps of England page. We also have a good collection of old school printable maps on the Maps of England page.

A map of Derbyshire, England

I hope you like the Derbyshire County, England street map / road map situated above.

Derbyshire is a county in the East Midlands of England. Much of the Peak District National Park lies within Derbyshire, containing the southern extremity of the Pennine range of hills, which extend into the north of the county. It contains part of the National Forest, and borders on Greater Manchester to the north-west, West Yorkshire to the north, South Yorkshire to the north-east, Nottinghamshire to the east, Leicestershire to the south-east, Staffordshire to the west and south-west and Cheshire also to the west. Kinder Scout, at 636 metres (2,087 ft), is the highest point in the county, whilst Trent Meadows, where the River Trent leaves Derbyshire, is its lowest point at 27 metres (89 ft). The River Derwent is the county's longest river at 66 miles (106 km), running north to south through the county. In 2003 the Ordnance Survey placed Church Flatts Farm at Coton in the Elms (near Swadlincote) as the farthest point from the sea in Great Britain. The city of Derby is a unitary authority area, but remains part of the ceremonial county. The non-metropolitan county contains 30 towns with 10,000–100,000 inhabitants, but much sparsely populated farming upland.

The area that is now Derbyshire was first visited, probably briefly, by humans 200,000 years ago during the Aveley interglacial, as shown by a Middle Paleolithic Acheulean hand axe found near Hopton. Further occupation came with the Upper Paleolithic and Neolithic periods of the Stone Age. when Mesolithic hunter-gatherers roamed the hilly tundra. Evidence of these nomadic tribes has been found in limestone caves located on the Nottinghamshire border. Deposits left in the caves date the occupancy at around 12,000 to 7,000 BCE.

Burial mounds of Neolithic settlers are also situated throughout the county. These chambered tombs were designed for collective burial and are mostly located in the central Derbyshire region. There are tombs at Minninglow and Five Wells that date back to between 2000 and 2500 BCE. Three miles west of Youlgreave lies the Neolithic henge monument of Arbor Low, which has been dated to 2500 BCE. It is not until the Bronze Age that real signs of agriculture and settlement are found in the county. In the moors of the Peak District signs of clearance, arable fields and hut circles were found after archaeological investigation. However this area and another settlement at Swarkestone are all that have been found.

During the Roman conquest of Britain, the invaders were attracted to Derbyshire for its lead ore in the limestone hills of the area. They settled throughout the county, with forts built near Brough in the Hope Valley and near Glossop. Later they settled round Buxton, famed for its warm springs, and set up a fort near modern-day Derby in an area now known as Little Chester.

Several kings of Mercia are buried in the Repton area.

Following the Norman Conquest, much of the county was subject to the forest laws. To the northwest was the Forest of High Peak under the custodianship of William Peverel and his descendants. The rest of the county was bestowed upon Henry de Ferrers, a part of it becoming Duffield Frith. In time the whole area was given to the Duchy of Lancaster. Meanwhile, the Forest of East Derbyshire covered the whole county to the east of the River Derwent from the reign of Henry II to that of Edward I. 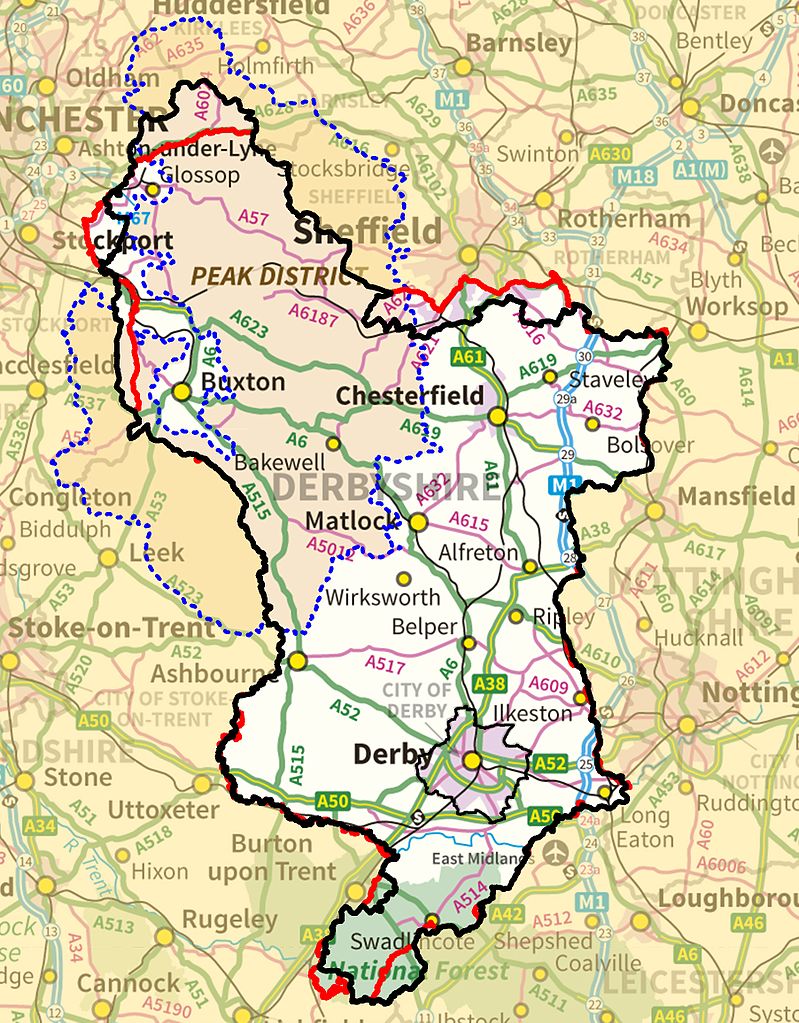 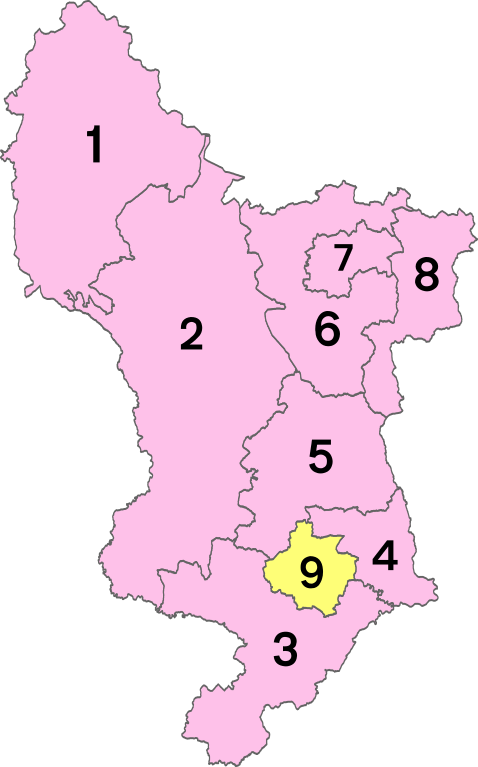