Welcome to our Merseyside map page. The map of Merseyside England that is located below is provided by Google Maps. You can "grab" the electronic map and move it around to re-center the map. You can change between standard map view and satellite map view by clicking the small square on the bottom left-hand corner of the map. Satellite map view utilises orbiting satellite and / or aerial high-resolution photography to display images of the map location to street level detail (really quite amazing). Standard map view shows a traditional street map (also known as a road map). You can use the zoom buttons on the bottom right-hand side of the map to zoom in or out to street level detail. We have digital online maps for most towns and cities on the Maps of England page. We also have a good collection of old school printable maps on the Maps of England page.

A map of Merseyside, England

I hope you like the Merseyside County, England street map / road map situated above.

Merseyside is a metropolitan and ceremonial county in North West England, with a population of 1.38 million. It encompasses the metropolitan area centred on both banks of the lower reaches of the Mersey Estuary and comprises five metropolitan boroughs: Knowsley, St Helens, Sefton, Wirral and the city of Liverpool. Merseyside, which was created on 1 April 1974 as a result of the Local Government Act 1972, takes its name from the River Mersey.

Merseyside spans 249 square miles (645 km2) of land. It sits within the historic counties of Lancashire and Cheshire, bordering the ceremonial counties of Lancashire (to the north-east), Greater Manchester (to the east), Cheshire (to the south and south-east) and the Irish Sea to the west. North Wales is across the Dee Estuary. There is a mix of high density urban areas, suburbs, semi-rural and rural locations in Merseyside, but overwhelmingly the land use is urban. It has a focused central business district, formed by Liverpool City Centre, but Merseyside is also a polycentric county with five metropolitan districts, each of which has at least one major town centre and outlying suburbs. The Liverpool Urban Area is the fifth most populous conurbation in England and dominates the geographic centre of the county, while the Birkenhead Urban Area dominates the Wirral Peninsula in the south.

In the 12 years following 1974, the county had a two-tier system of local government; district councils shared power with the Merseyside County Council. The county council was abolished in 1986 and so its districts (the metropolitan boroughs) are now effectively unitary authority areas. However, the metropolitan county continues to exist in law and as a geographic frame of reference, and several county-wide services are co-ordinated by authorities and joint-boards, such as Merseytravel (for public transport), Merseyside Fire and Rescue Service and the Merseyside Police (for law-enforcement); as a ceremonial county, Merseyside has a Lord Lieutenant and a High Sheriff. As the Lancashire county palatine boundaries remain the same as the historic boundaries, the High Sheriff of Merseyside, along with those of Lancashire and Greater Manchester are appointed "within the Duchy and County Palatine of Lancaster".

The boroughs of Merseyside are joined by the neighbouring borough of Halton in Cheshire to form the Liverpool City Region, which is a local enterprise partnership and combined authority area. 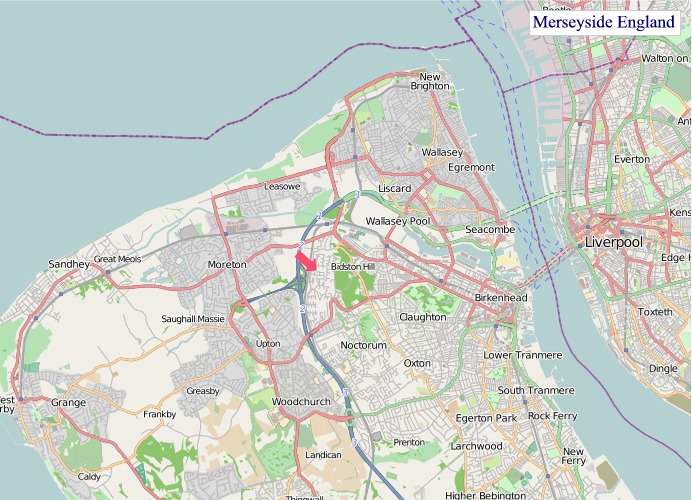 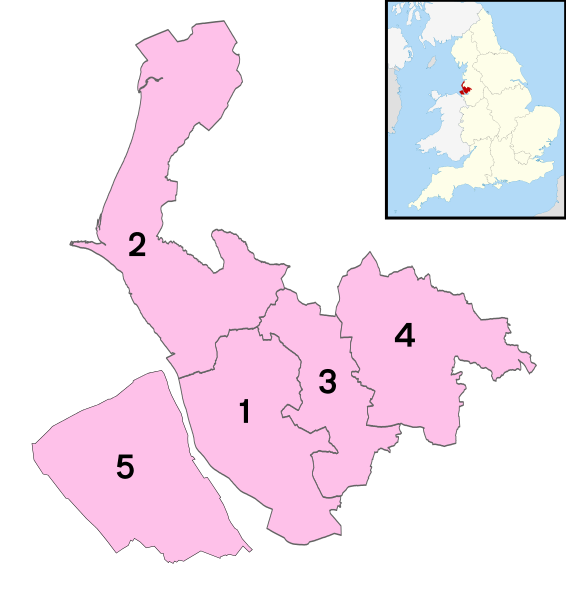