Welcome to our North Yorkshire map page. The map of North Yorkshire England that is located below is provided by Google Maps. You can "grab" the electronic map and move it around to re-center the map. You can change between standard map view and satellite map view by clicking the small square on the bottom left-hand corner of the map. Satellite map view utilises orbiting satellite and / or aerial high-resolution photography to display images of the map location to street level detail (really quite amazing). Standard map view shows a traditional street map (also known as a road map). You can use the zoom buttons on the bottom right-hand side of the map to zoom in or out to street level detail. We have digital online maps for most towns and cities on the Maps of England page. We also have a good collection of old school printable maps on the Maps of England page.

A map of North Yorkshire, England

I hope you like the North Yorkshire County, England street map / road map situated above.

North Yorkshire is the largest non-metropolitan county and lieutenancy area in England, covering an area of 8,654 square kilometres (3,341 sq mi). Around 40% of the county is covered by national parks, including most of the Yorkshire Dales and the North York Moors. It is one of four counties in England to hold the name Yorkshire; the three other counties are the East Riding of Yorkshire, South Yorkshire and West Yorkshire.

From 1974 (via Local Government Act 1972) to 1996, it was wholly within the Yorkshire and the Humber region. Since 1996, parts of the North East England region joined the county non-administratively. York also moved into being a non-administrative part of the county in 1996.

North Yorkshire was formed on 1 April 1974 as a result of the Local Government Act 1972, and covers most of the lands of the historic North Riding, as well as the northern parts of the West Riding as well as northern and eastern East Riding and the former county borough of York.

York became a unitary authority independent of county authority on 1 April 1996. Middlesbrough, Redcar and Cleveland and Stockton borough south of the River Tees also became part of the county; these were part of Cleveland (county) for twenty two years from 1974 to 1996, and previously in the North Riding before that.

The geology of North Yorkshire is closely reflected in its landscape. Within the county are the North York Moors and most of the Yorkshire Dales; two of eleven areas of countryside within England and Wales to be officially designated as national parks. Between the North York Moors in the east and the Pennine Hills in the west lie the Vales of Mowbray and York. The Tees Lowlands lie to the north of the North York Moors and the Vale of Pickering lies to the south. Its eastern border is the North sea coast. The highest point is Whernside, on the Cumbrian border, at 736 metres (2,415 ft).

The two major rivers in the county are the River Swale and the River Ure. The Swale and the Ure form the River Ouse which flows through York and into the Humber Estuary. The River Tees forms part of the border between North Yorkshire and County Durham and flows from upper Teesdale through Stockton-on-Tees and Middlesbrough and to the coast.

North Yorkshire contains a small section of green belt in the south of the county, just north of Ilkley and Otley along the North and West Yorkshire borders. It extends to the east to cover small communities such as Huby, Kirkby Overblow, and Follifoot before covering the gap between the towns of Harrogate and Knaresborough, helping to keep those towns separate.

The belt meets with the Yorkshire Dales National Park at its southernmost extent, and also forms a border with the Nidderdale AONB. It extends into the western area of Selby district, reaching as far as Tadcaster and Balne. The belt was first drawn up from the 1950s.

The city of York has an independent surrounding belt area affording protections to several outlying settlements such as Haxby and Dunnington, and it too extends into the surrounding districts. 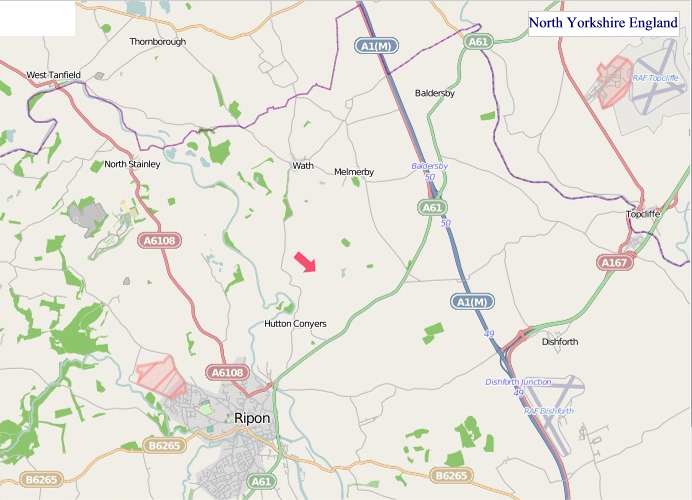 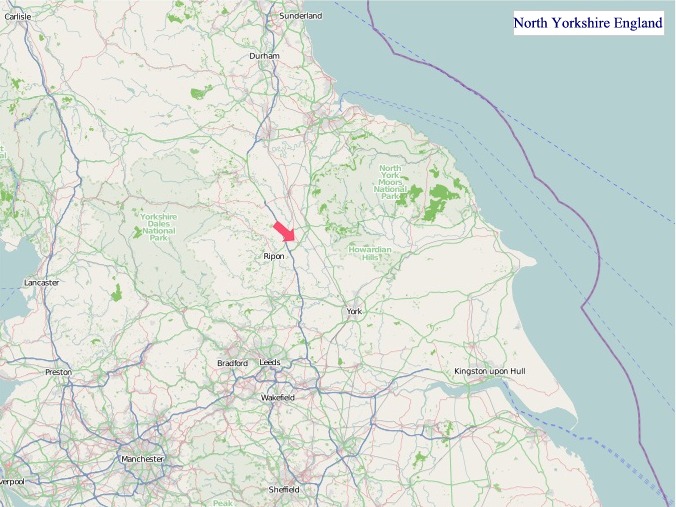 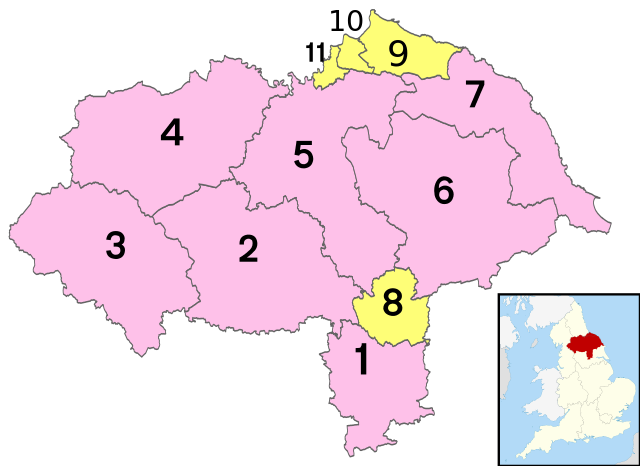