Welcome to our Dorset map page. The map of Dorset England that is located below is provided by Google Maps. You can "grab" the electronic map and move it around to re-center the map. You can change between standard map view and satellite map view by clicking the small square on the bottom left-hand corner of the map. Satellite map view utilises orbiting satellite and / or aerial high-resolution photography to display images of the map location to street level detail (really quite amazing). Standard map view shows a traditional street map (also known as a road map). You can use the zoom buttons on the bottom right-hand side of the map to zoom in or out to street level detail. We have digital online maps for most towns and cities on the Maps of England page. We also have a good collection of old school printable maps on the Maps of England page.

A map of Dorset, England

I hope you like the Dorset County, England street map / road map situated above.

Dorset (archaically: Dorsetshire) is a county in South West England on the English Channel coast. The ceremonial county comprises the unitary authority areas of Bournemouth, Christchurch and Poole and Dorset. Covering an area of 2,653 square kilometres (1,024 sq mi), Dorset borders Devon to the west, Somerset to the north-west, Wiltshire to the north-east, and Hampshire to the east. The county town is Dorchester which is in the south. After the reorganisation of local government in 1974, the county's border was extended eastward to incorporate the Hampshire towns of Bournemouth and Christchurch. Around half of the population lives in the South East Dorset conurbation, while the rest of the county is largely rural with a low population density.

The county has a long history of human settlement stretching back to the Neolithic era. The Romans conquered Dorset's indigenous Celtic tribe, and during the Early Middle Ages, the Saxons settled the area and made Dorset a shire in the 7th century. The first recorded Viking raid on the British Isles occurred in Dorset during the eighth century, and the Black Death entered England at Melcombe Regis in 1348. Dorset has seen much civil unrest: in the English Civil War, an uprising of vigilantes was crushed by Oliver Cromwell's forces in a pitched battle near Shaftesbury; the doomed Monmouth Rebellion began at Lyme Regis; and a group of farm labourers from Tolpuddle were instrumental in the formation of the trade union movement. During the Second World War, Dorset was heavily involved in the preparations for the invasion of Normandy, and the large harbours of Portland and Poole were two of the main embarkation points. The former was the sailing venue in the 2012 Summer Olympics, and both have clubs or hire venues for sailing, Cornish pilot gig rowing, sea kayaking and powerboating.

Dorset has a varied landscape featuring broad elevated chalk downs, steep limestone ridges and low-lying clay valleys. Over half the county is designated as an Area of Outstanding Natural Beauty. Three-quarters of its coastline is part of the Jurassic Coast Natural World Heritage Site due to its geological and palaeontologic significance. It features notable landforms such as Lulworth Cove, the Isle of Portland, Chesil Beach and Durdle Door. Agriculture was traditionally the major industry of Dorset but is now in decline and tourism has become increasingly important to the economy. There are no motorways in Dorset but a network of A roads cross the county and two railway main lines connect to London. Dorset has ports at Poole, Weymouth and Portland, and an international airport near Bournemouth. The county has a variety of museums, theatres and festivals, and is host to the Great Dorset Steam Fair, one of the biggest events of its kind in Europe. It is the birthplace of Thomas Hardy, who used the county as the principal setting of his novels, and William Barnes, whose poetry celebrates the ancient Dorset dialect. 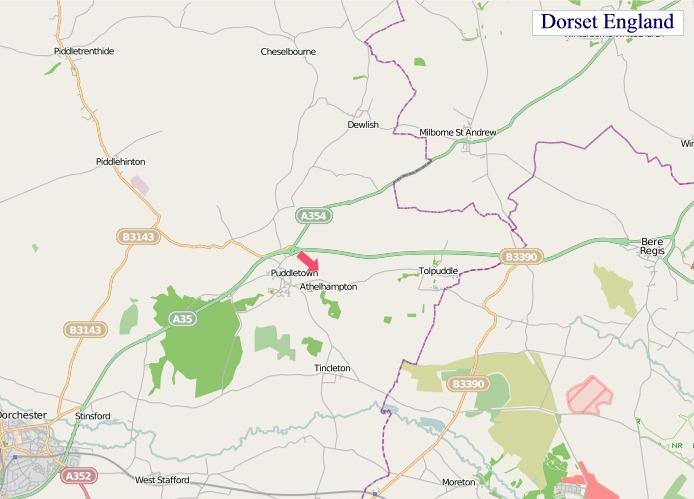 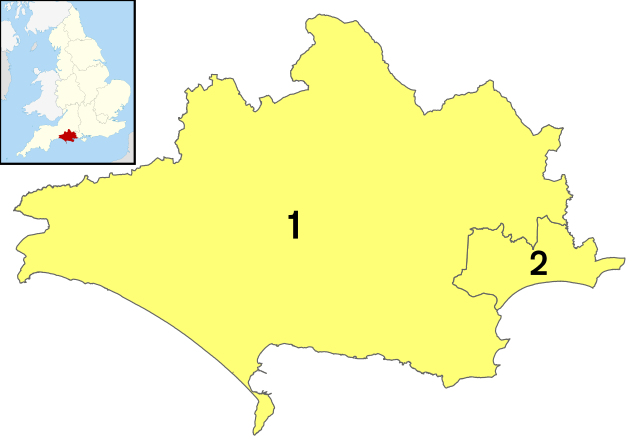