The white cliffs of Dover are cliffs which form part of the British coastline facing the Strait of Dover and France. The cliffs are part of the North Downs formation. The cliff face, which reaches up to 106 meters high, owes its striking façade to its composition of chalk (pure white calcium carbonate) accentuated by streaks of black flint. The cliffs spread east and west from the town of Dover in the county of Kent, an ancient and still important English port.

The cliffs have great symbolic value for Britain because they face towards Continental Europe across the narrowest part of the English Channel, where invasions have historically threatened and against which the cliffs form a symbolic guard. Because crossing at Dover was the primary route to the continent before air travel, the white line of cliffs also formed the first (or last) sight of the UK for travelers. 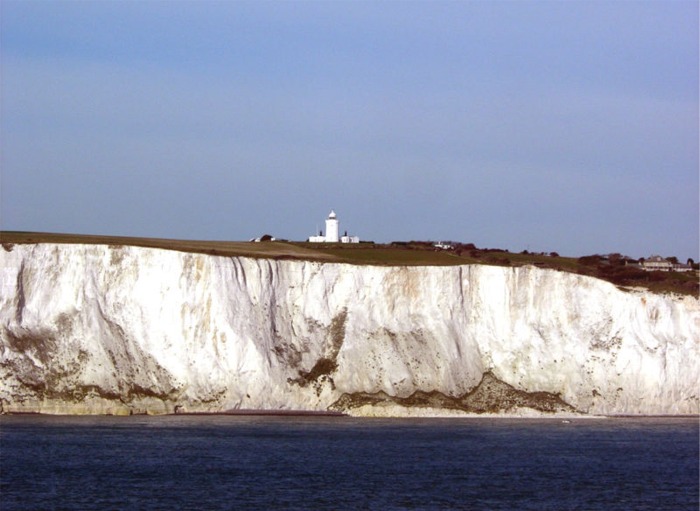