Her Majesty's Royal Palace and Fortress, more commonly known as the Tower of London (and historically as The Tower), is a historic monument in central London, England, on the north bank of the River Thames. It is located within the London Borough of Tower Hamlets and is separated from the eastern edge of the City of London by the open space known as Tower Hill.

The Tower of London is often identified with the White Tower, the original stark square fortress built by William the Conqueror in 1078. However, the tower as a whole is a complex of several buildings set within two concentric rings of defensive walls and a moat.

The tower's primary function was a fortress, a royal palace, and a prison (particularly for high status and royal prisoners, such as the Princes in the Tower and the future Queen Elizabeth I). This last use has led to the phrase "sent to the Tower" (meaning "imprisoned"). It has also served as a place of execution and torture, an armoury, a treasury, a zoo, the Royal Mint, a public records office, an observatory, and since 1303, the home of the Crown Jewels of the United Kingdom. 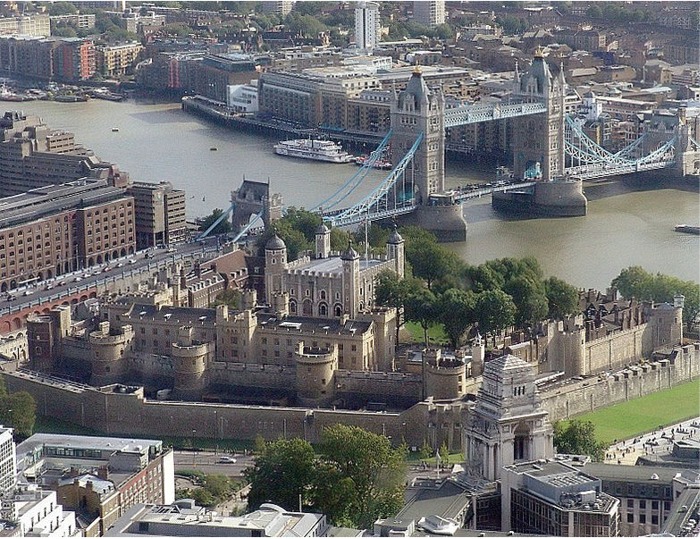